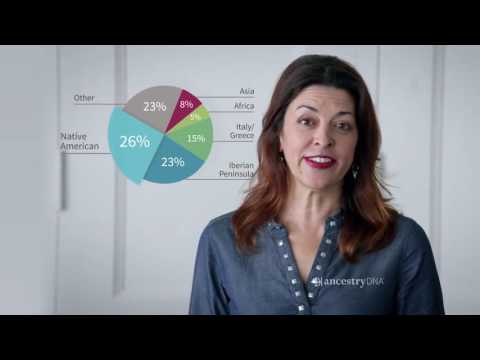 You’ve all seen those commercials on TV from DNA-testing businesses like Ancestry.com, 23andMe, and Living DNA.

The commercials portray DNA testing as such a science that they can break down your genetic ancestry into precise percentages, e.g., Native American (26%), Spanish or Iberian (23%), Italian/Greek (15%), African (5%), as in this commercial.

But in reality, what those DNA-testing companies sell is more con than science.

Indeed, genetics experts say the DNA-testing companies prey on gullible people by pinpointing your biological origins on a map with spurious specificity:

Morgan not only confirms what the anthropologists say — that the DNA tests are not as accurate and precise as they are claimed to be — he also reveals other problems, such as test results being “tweaked” to conform with the customer’s expectations because “It pays to suck up to the people who pay you,” and test samples being contaminated because the customers sent their saliva mixed with other substances, such as food or saliva from another person.