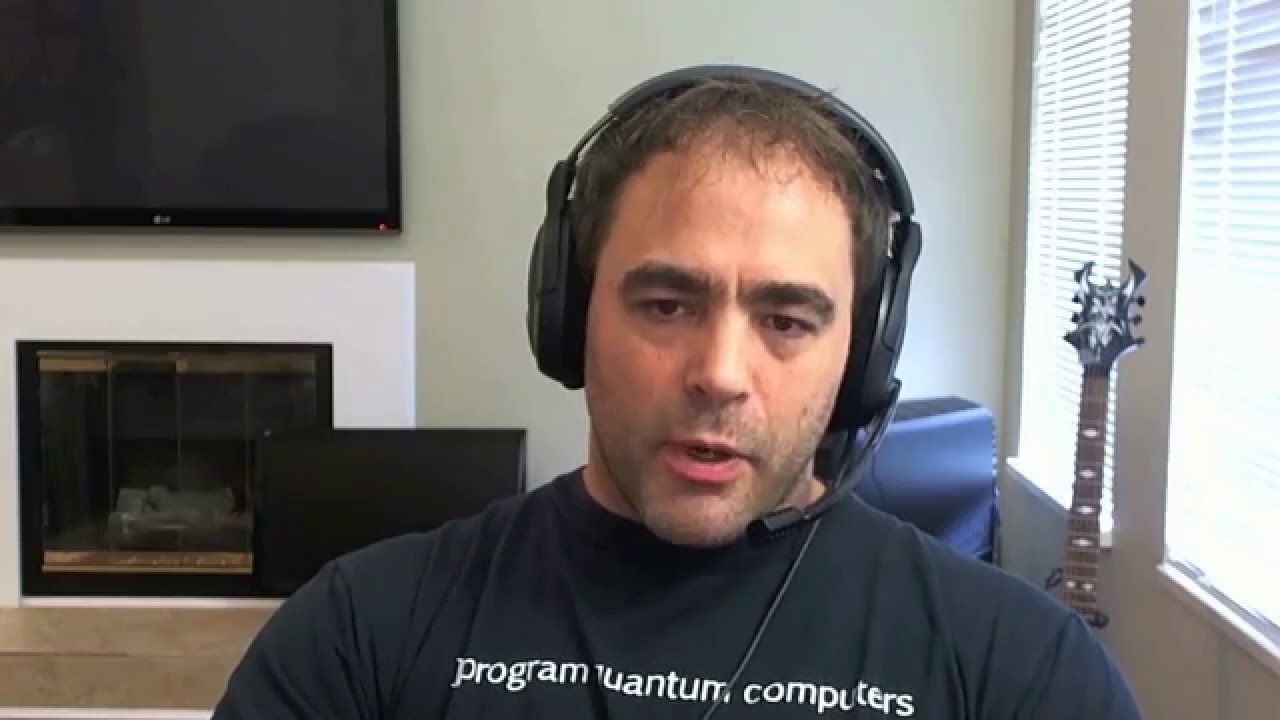 Geordie Rose is a physicist, with a Ph.D. in theoretical physics from the University of British Columbia in 2000, and a B. Eng. in engineering physics from McMasters University in 1994.

But D-Wave’s claims are controversial, with many dissenters. A study published in Science in June 2014, described as “the fairest” and “most thorough and precise study that has been done on the performance of the D-Wave machine” found that the D-Wave chip “produced no quantum speedup”. Despite that, in May 2013, NASA, Google and a consortium of universities announced a partnership with D-Wave to investigate how D-Wave’s computers could be used in the creation of artificial intelligence (AI).

Which brings us to Kindred, of which Rose is co-founder and CEO — a company, based in San Francisco and Toronto, which manufactures robots. This is how Kindred describes itself:

Our systems work on Day 1 and get smarter every day.

We are on a mission to build human-like intelligence in machines, enabling a future of abundance for all. We thoughtfully and realistically pave the way for a world filled with more powerful and helpful AI systems. Our research spans AGI, deep learning, reinforcement learning, multi-sensory machine perception, dynamic motion planning, AR + VR, distributed multi-agent control systems, and much more.

“A world filled with more powerful and helpful” robots with “human-like intelligence” which will “enable a future of abundance for all”.

This is what Geordie Rose, founder and CEO of Kindred — a company that is “on a mission” to build “powerful” robots with “human-life intelligence” — actually said about those robots in a speech at the June 2017 TechVancouver.

After claiming that “we are right on the verge of a transition” to a near future when robots would replace human workers because they can do every single job better and cheaper, Rose said (6:17 mark), “What does this have to do with aliens?” He then cites what Sam Harris, whom Rose says he quite admires, said at a TED talk:

“So I’m the president of the United States. I received this message from the heavens. So my microwave dish, my SETI dish, finally captures something, and what it says is, ‘In 50 years or 13 years, we’re coming to your planet. You gotta be ready.’ Now just imagine what would happen if that happened — a super intelligent alien race beamed down a message to all of us earthlings, saying ‘We’re coming, July 13, 2030, and boy, you’d better be ready because the mother ship is landing right on the front lawn of the White House.’”

Speaking as himself, Rose then says:

“AI [artificial intelligence] is just like that. So when this thing that I’m talking about happens . . . one thing I can tell you is they’re not going to be like us.

So this, of course, triggers a lot of alarm. One of the guys who talks about this is Elon [Musk], who says things like this — ‘When you do this, beware. Because you think . . . that when you do this, you’re gonna put that . . . little guy in a pentagram, and you’re gonna have your holy water out, and you’re gonna wave it at the thing and, by God, it’s gonna do exactly what you say and not one thing more. But it never works out that way.’

[Referring to Musk] So this is an attitude that some are having — this emerging alarmism about the way this [artificial intelligence] is gonna go. But these words, ‘demons,’ doesn’t capture the essence of what’s happening here. I don’t know if any of you are turn-of-the-century weird fiction fans, but there’s a guy named H. P. Lovecraft, who’s a very famous American weird fiction author, and he exposed a view which is called cosmicism.

And these things that we’re summoning into the world now are not demons, they’re not evil, but they’re more like the Lovecraftian ‘Great Old Ones’. There are entities that are not necessarily going to be aligned with what we want. So this transition [to a world full of powerful intelligent robots] is really really massively important for our entire species to navigate and, going back to that thing that Sam Harris was saying, nobody is paying attention. This thing is happening in the background, while people bicker about politics and what’s gonna be in the health care plan in the U.S., while underneath it all is this rising tsunami that, if we’re not careful, is going to wipe us all out.“