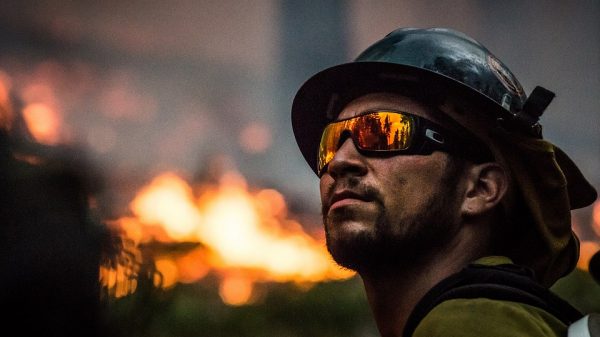 We have never seen a year like this in the history of the state of California.  Yes, there are large wildfires in California every year, but this is one for the record books.  Well over half a million acres have already been burned, and we still have three weeks remaining in 2017.  At this moment, the fires that have absolutely ravaged Ventura County for the past seven days are moving into Santa Barbara County, and at this point no end to the crisis is in sight.

It would be hard to overstate the devastation that has been caused by these fires in recent months.  One climatologist even used the term “apocalyptic conditions” to describe what he has been witnessing.  The following comes from the Los Angeles Daily News…

“Fuel. Ignition. Meteorology. Each component of the formula are off the charts this year,” said Bill Patzert, a climatologist for the Jet Propulsion Laboratory. “When all three elements in the equation are supersized, you’re set up for apocalyptic conditions.”

Please keep in mind that the “505,391 acres” figure does not include anything that has burned over the past week.  So to get an updated total, you would need to add at least 150,000 more acres to that number.

Even with all of our advanced technology, we are still very much at the mercy of natural disasters.  Southern California has been burning for a week, and despite our best efforts, we can’t stop it.

According to Cal Fire Captain Lucas Spelman, the fire season of 2017 “definitely went down as the most destructive in California’s history”…

“Every year, we say we’re really having a horrible fire season. We’ve said over the years, this could be the worst fire season,” he added. But 2017 is different.

“It definitely went down as the most destructive in California’s history,” he said.

Over the past five years, an average of a bit more than 200,000 acres have burned in California each year.  So what we are seeing in 2017 is very highly unusual.  The state has already seen more than 650,000 acres burn, and we still have several weeks to go before we get to 2018.

Thousands upon thousands of Californians have been evacuated because of these fires, and many of them ended up losing their homes.

Ultimately some will end up moving out of the state entirely and starting new lives in other parts of the country.  That could eventually prove to be a blessing, because California is not a place to be right now.

Let us hope that firefighters get these fires under control, but that is not expected to happen any time soon.  In fact, USA Today is reporting that the weather in southern California is expected to stay hot and dry for the next seven days…

Firefighters battling a massive blaze near Santa Barbara expect to face ongoing difficulties as temperatures are forecast to stay in the low 80s for the first part of the week.

“The thing that is troublesome is that next week we’re supposed to have a dry spell and elevated temperatures. There’s no rain expected in the next seven days,” said Charles Esseling of the California Department of Forestry and Fire Protection.

The biggest of the wildfires is known as “the Thomas fire”, and it has already burned more than 100,000 acres by itself and has forced nearly 90,000 people to evacuate from their homes.  It is being called “the grandaddy of them all”, and at this moment it is heading directly toward the wealthiest portion of Santa Barbara County…

Residents in portions of Carpinteria and Montecito were fleeing as the blaze moved closer to homes, including some owned by celebrities.

The fire, which straddled Santa Barbara and Ventura counties, was 15% contained as of Sunday afternoon, Esseling said.

In “Living A Life That Really Matters”, I talk about some of the reasons why our world is becoming increasingly unstable.  In 2017, we have been hit by natural disaster after natural disaster, and yet most people refuse to see that there is a pattern.

According to the National Interagency Fire Center, we are on pace for the 2nd worst year for wildfires in all of U.S. history.  Two years ago (2015) was the worst year ever, and if California continues to burn at the current rate it is possible that we could set a new all-time national record for acres burned.

In addition to the wildfires, there has been an unusual amount of seismic activity in the state recently as well, and that is something that we are watching very, very closely.

Once upon a time, young Americans poured into the state in order to live “the California dream”, but these days it is more of a nightmare.  For much more on why so many have been moving out of the state in recent years, please see my previous article entitled “16 Reasons Why You Shouldn’t Live In California”.