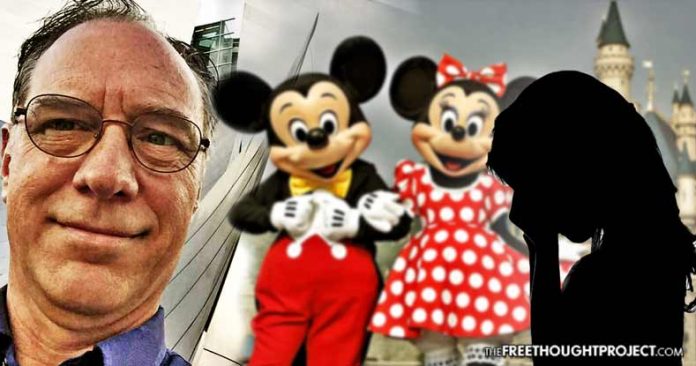 The Disney music executive whose Twitter bio reads, “Disney Concerts and living to glorify God in all things,” has been charged with felony child sexual abuse for his alleged conduct with two underage girls.

Jon Heely, 58, Disney’s director of music publishing, is charged with three counts of lewd and lascivious acts on a child. The abuse started nearly a decade ago with the first reported victim claiming that Heely abused her when she was 15 years old, and the second victim claiming that Heely abused her from the time she was 11 years old, until she was 15, according to a report from Variety.

While the report claims that Heely was first arrested on Nov. 16 by deputies from the Santa Clarita station of the L.A. County Sheriff’s Department and released on $150,000 bail, there does not appear to be much local coverage of his arrest, or his ties to Disney.

Heely pleaded “not guilty” to the charges, and his attorney, Robert Helfend, told Variety that Heely “vehemently denies these allegations and we will be fighting until the end to clear his name.”

Heely has worked for Disney since 1981. He oversees the licensing of music for Disney films, and has produced Disney concerts around the world. A spokesperson for Disney confirmed that Heely was suspended after executives learned that he had been charged.

“Immediately upon learning of this situation tonight, he has been suspended without pay until the matter is resolved by the courts,” the spokesman said.

While the Disney spokesperson made it sound as though the company was unaware that one of its executives was arrested on child sex crimes charges last month, and it chose not to suspend him until he was officially charged this week, it should be noted that this is not the first time Disney has made questionable choices regarding suspected child predators.

Pixar co-Founder John Lasseter is currently taking a six-month leave of absence after he was publicly accused of sexual misconduct. However, a report from Deadline claims that Disney was aware of Lasseter’s behavior, and often sent him to events and parties accompanies by a “handler” to make sure he behaved.

“There’s evidence Disney may well have been aware of troubling behavior on the part of the digital animation pioneer. Indeed the Pixar co-founder attended some wrap parties with a handler to ensure he would not engage in inappropriate conduct with women, say two people with direct knowledge of the situation.

Lasseter was observed passionately kissing a female subordinate at a 2010 Miramax party, according to an executive who witnessed the amorous display and another source who corroborated the account. The incident at the Oscar night celebration, attended by celebrities and Pixar and Disney executives, prompted high-level discussions about Lasseter’s conduct.”

A former Pixar executive told Deadline that Lasseter was obsessed with the young character actresses from Disney’s Fairies, and when they flew to New York for an event, Lasseter was forced to have an escort, in order to join them. “He was inappropriate with the fairies. We had to have someone make sure he wasn’t alone with them,” the executive said.

As The Free Thought Project reported, Disney also hired a convicted child molester in 1993. Victor Salva admitted to sexually abusing a 6-year-old boy, but that did not stop Disney from hiring him as a director, funding the production of a movie he wrote while he was in prison for child sex crimes, and then giving him access to children on the set of that movie.

In the case of Disney music executive Jon Heely, he is due back in court on Jan. 10, and if he is convicted, he faces up to nine years and three months in prison. It remains to be seen what information will be released about his conduct with the two young children he is charged with sexually abusing.