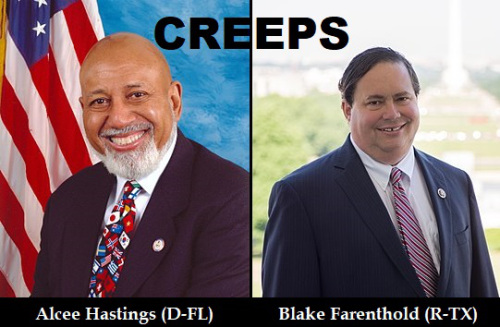 The resignation of Sen. Al Franken (D-Minnesota), accused by women of sexual misconduct, is just the beginning of the draining of the Congressional swamp.

“I’ve heard reports that as many as 30 or 40 members of the House and Senate may face allegations of sexual harassment.“

From a secret slush fund of Congress, taxpayers had paid over $17 million (between 1997 and 2017) in “awards” to settle complaints and disputes involving “legislative branch entities,” including Congress.