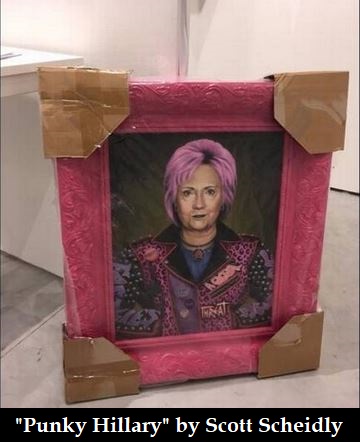 See “Dogs are better at spotting liars than Obama supporters”.

Training dogs for security patrol is generally the same as a personal protection dog but they are taught to protect a handler in the working environment and will be trained to defend from multiple attackers. We have had in the past both government and civilian security experience so we know what we are talking about when it comes to threat levels on the job and how your dog can be used as a deterrent or if push comes to shove WILL save you. K9 Centre trains dogs for use in and around schools, hospitals, offices and industrial business. Dogs are trained for work with guards for patrol duties. […] The minimum training time that is required for each dog is generally 3 months depending on personal training requirements for the type of dog required.

At around 8 a.m. on December 9, 2017, two security dogs reacted suspiciously to a crate for the Art Miami exhibition, leading to a two-hour shut down of the exhibit and a section of Biscayne Blvd. so that police could search the crate.

The crate contained a painting of Hillary Clinton — and nothing else.

Elizabeth Koh and Nicholas Nehamas report for the Miami Herald that when Miami police officers opened up the suspicious crate, they found a “punky” portrait of Hillary Clinton in a studded jacket and shaggy pink haircut, in a neon picture frame.

Police officers ran the 16 inch by 20 inch acrylic-on-wood artwork through an X-ray machine, which turned up no suspicious material.

“Punky Hillary,” already purchased by a collector for $4,000, was painted by Orlando-based artist Scott Scheidly, who seems to specialize in painting satirical portraits of politicians and pop culture figures, including Barack Obama, Adolf Hitler, Queen Elizabeth II, as well as President Trump. Scheidly’s “Trump Pimp” portrait, depicting the president in a zebra-printed hat with a gold dollar-sign chain around his neck, was in the crate with “Punky Hillary”. But the Trump portrait had already been removed from the crate before the security dogs were triggered.