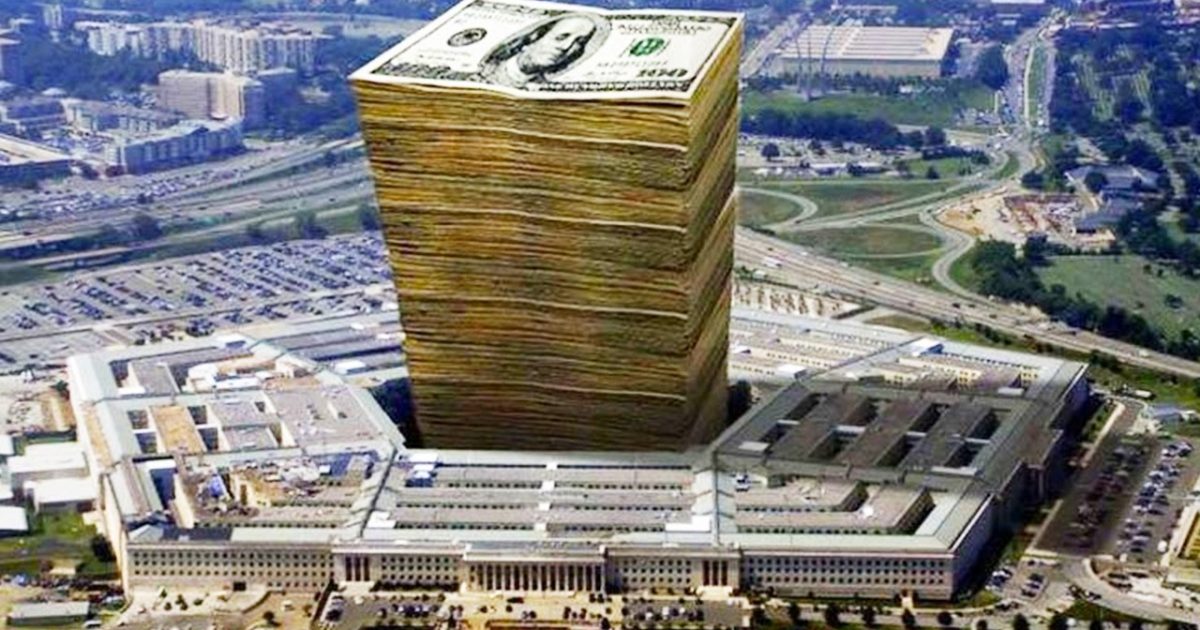 Now, if this was in any private sector venture, no one at the top would have a job and there would probably be some civil prosecution that would take place, but it’s government.  So, all parties involved will not be fire and will enjoy a long and profitable retirement compliments of the very people whose money they “lost.”

A new report by Dr. Mark Skidmore, a professor of economics at Michigan State University, and Catherine Austin Fitts, former assistant secretary of housing analyzed the budgets of both the Department of Defense (DOD) and the Department of Housing and Urban Development (HUD) and discovered that these two departments alone lost over $21 trillion in taxpayer funds between 1998 and 2015,

The report indicates that the “losses” were a direct result of “unsupported journal voucher adjustments” made to the departments’ budgets.

As I stated at the beginning, whether this is public or private sector, this kind of loss would be producing prosecution and the report indicates that these kinds of adjustments are “red flags” for fraud.

Anyone could see that coming.

As The Free Thought Project reported last year, the U.S. DOD, specifically the U.S. Army, could not account for $6.5 trillion in 2015 due to “wrongful balance adjustments.”

According to a report by Reuters, the Army “lacked the receipts and invoices to support those numbers [the adjustments] or simply made them up” in order to “create an illusion that its books are balanced.”

The DOD has officially acknowledged that its financial statements for 2015 were “materially misstated.”

In an interview with USA Watchdog, co-author Fitts noted that the missing $21 trillion amounts to “$65,000 for every man, woman and child resident in America.”

The amount of money unaccounted for is enough to pay back the whole of the U.S. national debt, which currently stands at roughly $20.5 trillion, and still have a half a trillion left.

Even more startling, the total amount of missing funds—$21 trillion—is most likely much higher in reality, as the data used for the report was incomplete due to the researchers being unable to recover complete data for every year analyzed.

Perhaps even more troubling than the total amount lost is the fact that fraudulent behavior from HUD and DOD seem to be the standard operating procedure. In fact, the accounting for these funds is so poor, that as Reuters notes, the Defense Finance and Accounting Services (DFAS) refers to the preparation of the Army’s year-end statements as “the grand plug” — “plug” is accounting jargon for the insertion of made-up numbers.

The Pentagon has said it will conduct its first audit in history and made the announcement recently.

“The Defense Department is starting the first agency-wide financial audit in its history,” the Pentagon’s news service noted.

Matt Agorist commented, “In 20 years, it has never accounted for the trillions of dollars in taxpayer funds it has spent, in part because ‘fudging’ the numbers has become standard operating procedure at the Department of Defense, as revealed in a 2013 Reuters investigation by Scot Paltrow, which detailed the illicit tasks of 15-year employee, ‘Linda Woodford [who] spent the last 15 years of her career inserting phony numbers in the U.S. Department of Defense’s accounts.’”

“Over the last 20 years, the Pentagon has broken every promise to Congress about when an audit would be completed,” Rafael DeGennaro, director of Audit the Pentagon, told the Guardian earlier this year. “Meanwhile, Congress has more than doubled the Pentagon’s budget.”

Here’s the question I have for President Trump and Congress, who among you is going to get to the bottom of this and recover that money, and who is going to face criminal charges in this matter?  I’m sure no one will.

Trump and Congress are about to throw the Pentagon another $700 billion.  Does this seem wise to anyone else?

However, seeing that this has come to light and recalling that former Bush Defense Secretary Donald Rumsfeld mentioned that a certain $2.3 trillion was unaccounted for by the Pentagon the day before 9-11 and could have been investigated in documents that resided in the very place where the Pentagon was hit on 9-11-2011, I’d keep my eyes open for a new terrorist attack at the Pentagon or HUD.