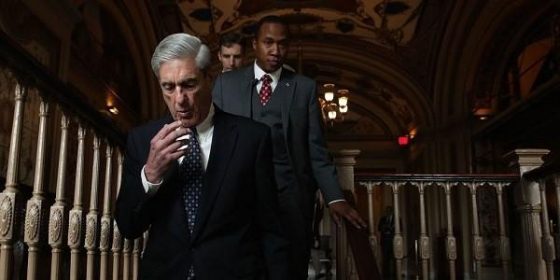 In yet another bombshell revelation that once again proves that the upper echelon of the FBI has actively worked against the elected president, noted anti-Trump FBI agent Peter Strzok and his mistress, FBI lawyer Lisa Page, have been caught sending thousands of text messages to each other including one in which they speak about an “insurance policy” against Donald Trump should he win the election.

The bizarre exchange between the two has many believing that they were either speaking about starting the sham Russian investigation or, even more sinister, discussing a deep state plan to assassinate Donald Trump.

“I want to believe the path you threw out for consideration in Andy’s office, that there’s no way he [Trump] gets elected but I’m afraid we can’t take that risk,” Strzok shockingly told Page in a text from August 15, 2016.

Amazingly, the text message not only confirms that high-level FBI agents were working against Donald Trump the entire time, it also points to Deputy FBI Director Andy McCabe as yet another culprit in the long line of deep state operatives attempting to subvert American democracy.

Consider this. The entire mainstream media, with the help of Democratic operatives and deep state shills, has told the American people over and over again that the Russian investigation is a real and important development. Yet now we know that the man who literally started that investigation was doing so as an insurance policy against a man that he openly hated.

Of course Strzok was also the agent who cornered former national security adviser Michael Flynn in the White House, under false pretenses, to conduct an interview that would eventually lead to Flynn being charged with one count of lying to the FBI.

As I recently reported, “Two un-elected FBI agents, including the now infamous Clinton supporter and supervisory special agent Peter Strzok, tricked their way into the White House to grill the national security adviser who had just been put into power by the man ELECTED by the American people.”

“I cannot stress this enough. Clinton operatives infiltrated the White House and specifically sought out Michael Flynn to take him out over his political opinions! This is flat out, hardcore, banana republic type corruption that if continued would almost certainly lead to the end of American democracy as we know it.”

Not only did Strzok conduct the interview against Flynn, he also helped his preferred candidate get off the hook while ignoring direct lies by her top aides.

As Infowars also noted, “Strzok played a significant role not only in Mueller’s Russian probe, but also in Hillary Clinton’s email investigation when he changed the wording of Clinton’s crime from “grossly negligent” to “extremely careless.”

“He also conducted the interview with Clinton and her top aides Huma Abedin and Cheryl Mills, who it was later revealed lied to the FBI about when they learned about Clinton’s secret server.”

This so-called “insurance policy” spoken about by two FBI agents with a documented anti-Trump bias must be immediately investigated. At this point it is strikingly obvious that high-level Clinton operatives within the FBI literally started the Russian sham investigation to take out a man that they despised.

This is hardcore corruption at its finest.