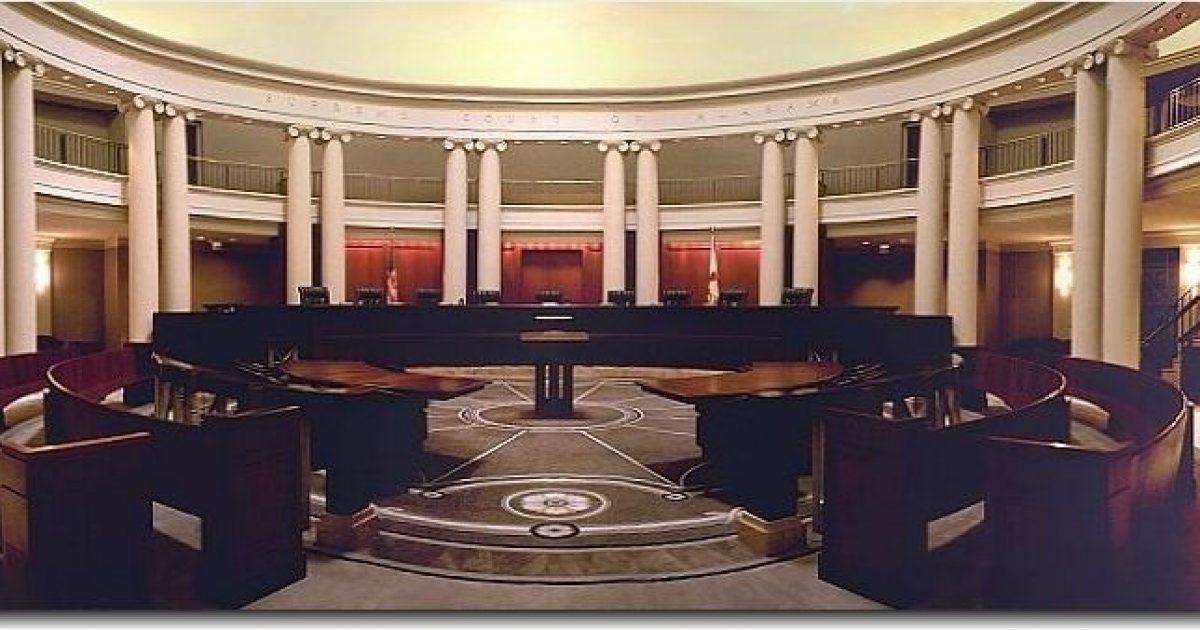 Is there a coverup going on in the Alabama Senate election that took place on Tuesday?

On Monday, it was reported that Montgomery County Circuit Judge Roman Ashley Shaul issued an injunction in response to a lawsuit in which four Alabama voters argued that the state must save the records under state and federal law.

“All counties employing digital ballot scanners in the Dec. 12, 2017 election are hereby ordered to set their voting machines to save all processed images in order to preserve all digital ballot images,” Judge Shaul wrote in the order.

“After hearing arguments and reviewing the filings, it appears that Plaintiffs and similarly situated voters would suffer irreparable and immediate harm if digital ballot images are not preserved,” the order stated.

“[The images] need to be preserved at least six months under the statute,” Priscilla Duncan, attorney for the plaintiffs, told AL.com Monday afternoon. “They are being told at this point to preserve all digital ballot records.”

Duncan went on to expound on why the digital records were so important to preserve.

“People think that when they mark the ballots and they go into the machine that that’s what counted,” she said. “But it’s not, the paper ballot is not what’s counted. That ballot is scanned and they destroy [the ballots] after the election … If there’s ever an election challenge you need to have what was actually counted.”

Duncan claims that once the hard copy paper ballots are scanned, that is what is counted and that after the digital records are destroyed, there is no way to go back and recount.

She also told AL.com, “The Department of Homeland Security notified our Secretary of State here that Alabama is one of the 21 states that had been targeting for hacking of election systems.”

However, late Monday evening, AL.com updated the story to reflect that the Alabama Supreme Court was blocking Judge Shaul’s order.

And who was behind challenging the order to preserve those records?  None other than Alabama’s chief election official, the secretary of state, John Merrill.

Voting rights experts denounced the ruling as a blow to transparency in a state that already has a flawed vote recount procedure and a somewhat checkered history of questionable election outcomes that the state’s senior officials and courts have allowed to go unchallenged. “There’s no legitimate reason not to preserve ballot images,” said Christopher Sautter, a veteran Washington election lawyer who helped the plaintiffs in the case. “It’s neither expensive nor inconvenient. It amounts to flipping a switch.”

Priscilla Duncan, the lead plaintiff in the case, noted with some amazement that the secretary of state’s protest was lodged with the supreme court at 4.38pm and the justices came back with their ruling at 5.18pm. “It’s just unbelievable that they examined the pleadings and got eight judges to concur in half an hour on a Monday afternoon,” she said.

“We have reason to believe those machines can be compromised. Whether intentionally or through error, there can be some false results, and there have been some tests around the country where there have been some rather sizeable discrepancies.” Theoretically, election officials could go back to the paper ballots as cast by the voters and recount them by hand – a method that many voting rights advocates believe to be the most reliable.

But Alabama law does not provide for such manual recounts, only a machine recount of the digital images that are taken at the time each ballot is cast. If those images are then destroyed, there is no easy way to verify that they were read and counted correctly.

“I don’t understand why the state does not want to preserve them. That doesn’t make sense,” said Marian Schneider of the national advocacy group Verified Voting. “Jurisdictions should have processes in place for ordinary citizens… to review election documents and verify that results came out the way they should have.”

Look, no matter who won the election, if the law is demanding that digital copies are those that must be recounted, then it seems that if there is a dispute raised by one of the candidates, no matter what party, those records should be maintained until the contest is officially over.

Judge Roy Moore has said he wants a recount, and I tend to agree that a manual hand count of ballots is far more reliable than digital copies.

President Trump threw his endorsement and full support behind Moore, and revealed what people would get in Doug Jones.

The people of Alabama will do the right thing. Doug Jones is Pro-Abortion, weak on Crime, Military and Illegal Immigration, Bad for Gun Owners and Veterans and against the WALL. Jones is a Pelosi/Schumer Puppet. Roy Moore will always vote with us. VOTE ROY MOORE!

After all, have we learned nothing from testimony under oath regarding how easy it is to hack and change the outcome of an election with just a small percentage of the vote, as occurred in Alabama.  If you are unfamiliar, take a listen to the testimony below.