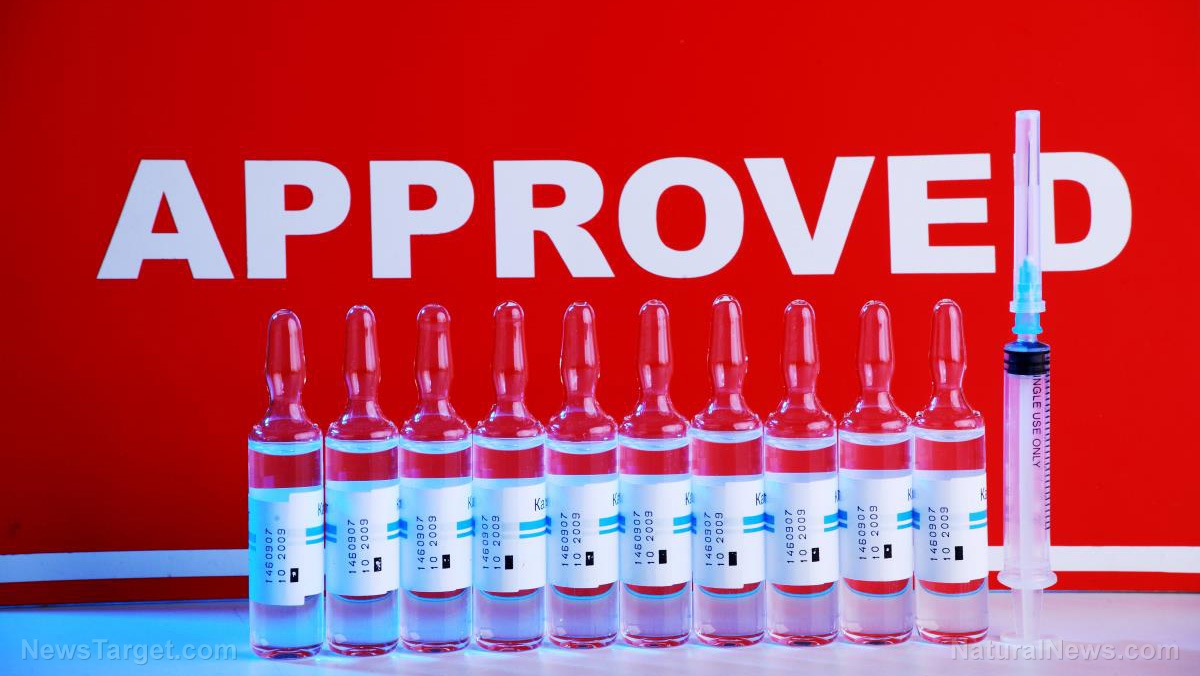 The old question about a tree falling in the forest is relevant here. Does the tree make a sound if no one is there to hear it?

If a scandal erupts and the press doesn’t cover it, is it a scandal?

If this sounds strange, consider that, since the dawn of time, whatever has passed for mainstream news has substituted for the direct observation of events by humans. The press has functioned as the eyes and ears and even mouths of the public.

If someone tells you, “I am your eyes, trust me,” and then they fail, on purpose, to see something vital, where are you if you trust them? You’re blind.

Two giant vaccine scandals are in progress at the moment. The mainstream press is mentioning them, here and there, but without any intent to raise alarms, dig in, investigate, and get down to the core of what they mean.

The first scandal revolves around the flu vaccine for the current year. As I recently wrote, a new study has concluded the vaccine has a very low effectiveness rate. Why? Because the vaccine is produced using chicken eggs, and in that medium, the flu virus—which is intentionally placed in the eggs—mutates. Therefore, it isn’t the same virus which is causing flu this year.

FiercePharma reports: “Based on data from Australia, which already had its flu season, scientists warn that this season’s flu shot might be only 10% effective. And the reason for such a low level of protection might lie in the method by which the majority of flu vaccines are made: in eggs.”

Ten percent effectiveness. Now that’s ridiculous. And it’s assuming you accept the whole model of how vaccines work—that they actually do protect (safely) against disease, rather than, at best, repressing the visible symptoms of the disease.

Amidst their spotty coverage of this scandal, here is what the press is failing to mention: the problem with the flu vaccine isn’t just a 2017 flaw.

It’s been the same problem ever since chicken eggs have been used to manufacture the vaccine.

That’s a page-one story with a giant headline. That’s the lead item on the nightly news. That’s a pounding investigative series about the lunatic promotion of a massively ineffective—but universally promoted—vaccine going back decades and decades.

But it isn’t a giant headline. It isn’t an investigation. It’s a here-today-gone-tomorrow piece. That’s all.

The second scandal is unfolding in the Philippines, where drug giant Sanofi’s Dengvaxia, given to prevent Dengue Fever, is facing enormous pushback from government officials, who have stopped the national vaccination campaign, after thousands of children have already received the shot.

FiercePharma: “The Philippines stopped vaccinations shortly after the company warned that Dengvaxia can cause more serious infections in those who previously hadn’t had exposure to the virus. The country also kicked off a probe and plans legal action, according to health secretary Francisco Duque.”

Did you get that? The company (Sanofi) itself warned that vaccine might not be safe.

FiercePharma: “…the [Philippine] Department of Health didn’t heed warnings from an advisory group of doctors and pharmacologists, who concluded early last year that the vaccine’s safety and efficacy were unproven.”

Let’s dig deeper. Sanofi saying is saying the vaccine might be dangerous for those who haven’t been exposed to the Dengue virus before getting the shot. What on Earth does that mean?

It means a child who had come in contact with the virus would have developed his own antibodies to it. And later, those antibodies would protect him against the Dengue virus IN THE VACCINE. Otherwise, the virus in the vaccine could give him a case of Dengue or cause some other form of damage.

This is very much like saying, “If a child is ALREADY immune to Dengue Fever, because his immune system has successfully dealt with the virus, then the vaccine won’t damage him.”

And THAT is very much like saying, “If the child has naturally developed an immunity to Dengue, then the vaccine, WHICH HE DOESN’T NEED, won’t harm him.”

Of course, the press isn’t getting the picture. If any reporters are seeing the light, they’re keeping their mouths shut. The scandal is too big and too crazy.

Between the lines, a vaccine company is admitting their vaccine is only safe for children who don’t need it.

A tree just fell in the forest. Who heard it?