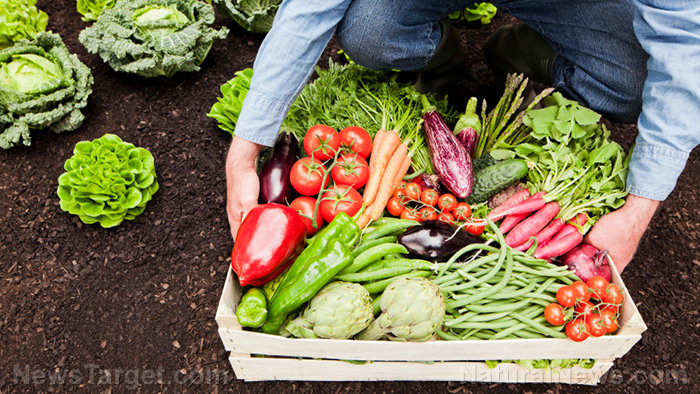 (Natural News) It’s a sad day in Florida: Property rights for homeowners have taken a huge blow as courts confirm that growing edible plants in your own front yard is, in fact, a crime. Out of all the terrible things a person can do these days, gardening is the last thing you may have suspected would become a punishable offense. To no one’s surprise, Big Government continues to use strong-arm tactics against innocent people looking to engage in some basic self-sufficiency. If they can’t take your guns, they’ll take your garden.

This display of obvious government overreach first began back in 2013, when Hermine Ricketts and her husband Tom Carroll were faced with fines of up to $50 per day — for the crime of growing edible plants like tomatoes and Asian cabbage in their front yard — after city ordinances were changed. While they didn’t face any jail time, the couple had to dig up their prosperous garden. Due to their north-facing backyard that gets little sun, they’ve not been able to resume gardening.

The couple has been fighting against the Village of Miami Shores and their outrageous ordinance ever since — along with help from the Institute of Justice (IJ), a non-profit law firm. IJ lawyer Ari Bargil, contended, “This decision gives local governments tremendous leeway to regulate harmless activities in the name of aesthetics. It gives government the power to prohibit homeowners from growing plants in their front yards simply because they intend to eat them.”

Despite the recent ruling by the 3rd District Court of Appeal, which favored Miami Shores’ absurdity, Ricketts and Carroll are now looking to take their case all the way up to the state of Florida’s Supreme Court.

According to the most recent ruling, Miami Shores has the right to brandish authority over design and landscaping criteria to maintain “property values and the enjoyment of property rights by minimizing and reducing conflicts among various land uses,” as well as for “protecting” the look of the village.

Is a well-maintained vegetable garden really an eyesore that would damage property values?

Richard Sarafan, attorney for the Village of Miami Shores, essentially argued that allowing the couple to keep their front-yard garden would somehow pave the way for total pandemonium. Sarafan complained that the couple’s yard was “filled with pots” that “should have” been placed in the backyard. But yet, had those pots been filled with flowers instead of vegetables — the city would have had no legs to stand on with their arbitrary complaint.

There is no shortage of reasons to object to the 3rd District Court’s ruling, but perhaps the most inane explanation for their decision was the attempt at rationalizing why it’s okay for the government to legislate against edible plants but not ornamental ones. IJ attorney Ari Bargil objected to the court’s claim that “it is rational for government to ban the cultivation of plants to be eaten as part of a meal, as opposed to the cultivation of plants for ornamental reasons,” — and it’s easy to see why. How can the government tell citizens what kinds of plants they can grow?

Government overreach regarding the cultivation of edible plants and other healthy living choices is a growing problem in the United States. Where will we draw the line? Food and health freedom are already under attack — this ruling is proof of that. [Related: Read more stories like this at Tyranny.news.]