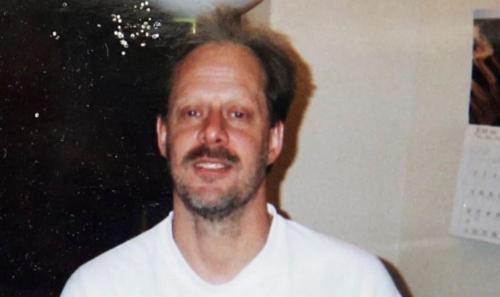 While authorities in both the LVPD and the FBI continue to claim that the horrific Las Vegas Massacre was carried out by lone gunman Stephen Paddock, independent researchers continue to dig up footage that directly contradicts the official narrative.

From dozens of eyewitness accounts of multiple shooters, to numerous videos taken on the night of the massacre that clearly point to gunman not only shooting from the Mandalay Bay Hotel but also at ground level, the evidence points to a massive coverup regarding what really happened that fateful night.

Now, even more evidence that there were multiple shooters has surfaced after independent journalist Shepard Ambellas uncovered footage from the night of the attack that was aired by a local Vegas news outlet.

In the footage, KSNV 3 News anchor Gerald Ramalho can be heard directly telling viewers that he had confirmed, through a police source, that there were at least two shooters who fired high-powered weapons into the crowd of thousands of concertgoers who were attending the Jason Aldean concert.

“I have confirmed through a police source that there are two suspects with high-powered weapons,” the anchor stunningly reported. “They had some sort of high-ground position and they were firing on the crowd which was attending that Route 91 Harvest Music Festival.”

Ramalho also noted that active shooter SWAT Teams were clearing the Mandalay Bay Hotel, floor by floor, and that many people had been spotted on the roof of the hotel itself.

Keep in mind that Ramalho was discussing the shooters who had the “high-ground” position which does not include those that we know fired from ground level.

The above evidence is only one small piece in the overwhelming amount of information that has been released that points to up to 7 different shooters conducting a planned mass attack on the Vegas strip.

The following video puts together the various eyewitness reports that prove, without a shadow of doubt, that the authorities are lying about Stephen Paddock being the lone gunman who carried out the attack.