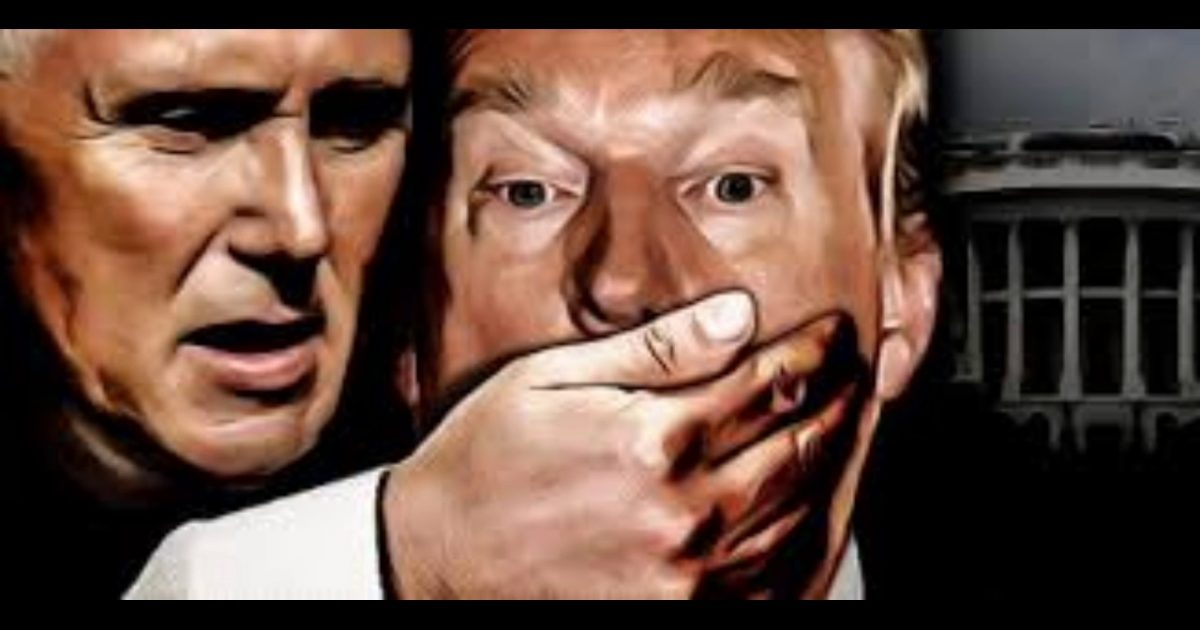 On Thursday morning, Wikileaks founder Julian Assange sent a tweet that indicates he believes that a long game has been played by the Deep State and others to “extract as many unpopular positions as possible” in order to Push President Donald Trump out of the White House and install Vice President Mike Pence as president.

This isn’t the first time Assange has mentioned Pence taking over the White House.

Back in March, he tweeted, “[Hillary] Clinton stated privately this month that she is quietly pushing for a Pence takeover. She stated that Pence is predictable hence defeatable.”

Clinton stated privately this month that she is quietly pushing for a Pence takeover. She stated that Pence is predictable hence defeatable.

He followed up that tweet with, “Two IC officials close to Pence stated privately this month that they are planning on a Pence takeover. Did not state if Pence agrees.”

Two IC officials close to Pence stated privately this month that they are planning on a Pence takeover. Did not state if Pence agrees.

Just days before that tweet, Zero Hedge posted “Is Mike Pence The Deep State’s Insurance Policy?”  From that article:

As most people are aware, Trump was able to secure his seat in the White House by offering a markedly different vision for America than Hillary Clinton, who largely mirrored Obama’s presidency. Both Clinton and Obama had very hawkish approaches to Russia and Russia’s strategic allies in the Middle East. In contrast, Trump was clear that he respected Russia’s president and wanted to forge closer relations.

The first thing to note is that Trump has been keeping most of his campaign promises to date — even the most outlandish ones. The second is that Flynn was actually in the process of offering a deal on economic sanctions against Russia and a ceasefire in Ukraine, suggesting there was substance behind Trump’s pro-Russia rhetoric. The issue with this, of course, is that ultimately, there are people within the intelligence community who view a warming of relations with Russia to be a deal breaker with the Trump administration.

Evidently, there are those behind the scenes within the deep state and the intelligence community who still fear that Trump could take away their long-held anti-Russian narrative, which has arguably been fueling the need for such a large and oversized military budget since World War II.

So where is this headed?

If Trump doesn’t adopt the Cold War 2.0 approach of Barack Obama and Hillary Clinton and is forced out of his own administration in the same manner as Flynn, it will become clear why once we learn who would replace him: Mike Pence.

“Pence is seen by many in Washington as a figure who might stand up for the traditionally hawkish views he espoused while in Congress, a proxy of sorts for the GOP national security establishment.”

According to White House officials, lawmakers and experts, Pence, a “traditional hawk influenced heavily by his Christian faith” is reportedly advancing a Rasputin-esque agenda in which he can appease Trump in the meantime by working within Trump’s proposed foreign policy framework, as well as respect the prerogatives of other senior White House aides who want to play large foreign policy roles.

According to Rogin, behind the scenes, Pence will ultimately help shape Trump’s foreign policy into the traditional style witnessed under Obama:

“Inside the White House, Pence is in the room during most of the president’s interactions with world leaders. He receives the presidential daily brief. As head of the transition, he was instrumental in bringing several traditionally hawkish Republicans into the top levels of the administration’s national security team, including Director of National Intelligence-designate Dan Coats, CIA Director Mike Pompeo and U.N. Ambassador Nikki Haley.”

It was because of Pence that the U.S. decided to confront Russia and Syria at the U.N. over Syria’s alleged use of chemical weapons, despite everything Trump has previously said regarding resetting U.S. policy with regard to Syria and Russia. However, the true extent of Pence’s hold over Trump — and the true nature of the agenda he serves — can be seen in his role in ousting Flynn in the first place.

“The chief example was when Pence personally spoke to Trump about removing national security adviser Michael Flynn, who had lied to him about conversations with Russian officials during the transition.” [emphasis added]

Since this occurrence, Pence has reportedly taken up more of the role previously occupied by Flynn.

No matter what one makes of Trump — or his administration and the policies that have been initiated thus far — the fact remains that Trump won the U.S. election. The people working behind the scenes to oust him are not subject to democratic controls, nor are they working in the best interests of the American public. We are left to ask ourselves exactly how renewing relations with Russia –  a nuclear power –  could possibly endanger American lives.

Either way, we are more or less left with two paths ahead of us.The first path involves Trump giving in and adopting an anti-Russian agenda, as is already apparent in his decision to send more ground troops to Syria alongside Saudi troops, who will intentionally oppose the Syrian regime (a close ally of Russia). The second involves the possibility of another direct coup within the Trump administration, this time one that may ultimately force Trump out of the White House so he can be replaced by Mike Pence, a war hawk who will be more than happy to do the job Hillary Clinton wanted to do.

Independent journalist, Mike Cernovich, who broke the Susan Rice unmasking story, claimed Mike Pence was working to remove Trump in a deep state coup that will likely backfire, just as every other plot to remove Trump has backfired.  Listen to what he posted in the video below back in August.

I don’t know if this will occur or not.  It’s obviously been tossed around by many in theory.  Some of Trump’s moves in foreign policy have been the opposite of what he said he would do (ie. Syria), but he has sought to keep many of his promises.  However, some major ones like the repeal of Obamacare was not something he could keep as the power to legislate lies with Congress, though he could simply challenge the entire legislation as unconstitutional in a similar manner to how Barack Hussein Obama Soetoro Sobarkah did with DOMA.  I’m not expecting that, but it could undo the entire thing without Congress’ help.

Still, it appears there are lots of things going on behind the scenes that we have not been fully made aware of as has been evidenced in #QAnon.

Could the Deep State be in the death throes and are preparing a final assault on Trump via the Mueller investigation, which really hasn’t yielded anything except more debt for the American people?  it’s quite possible.