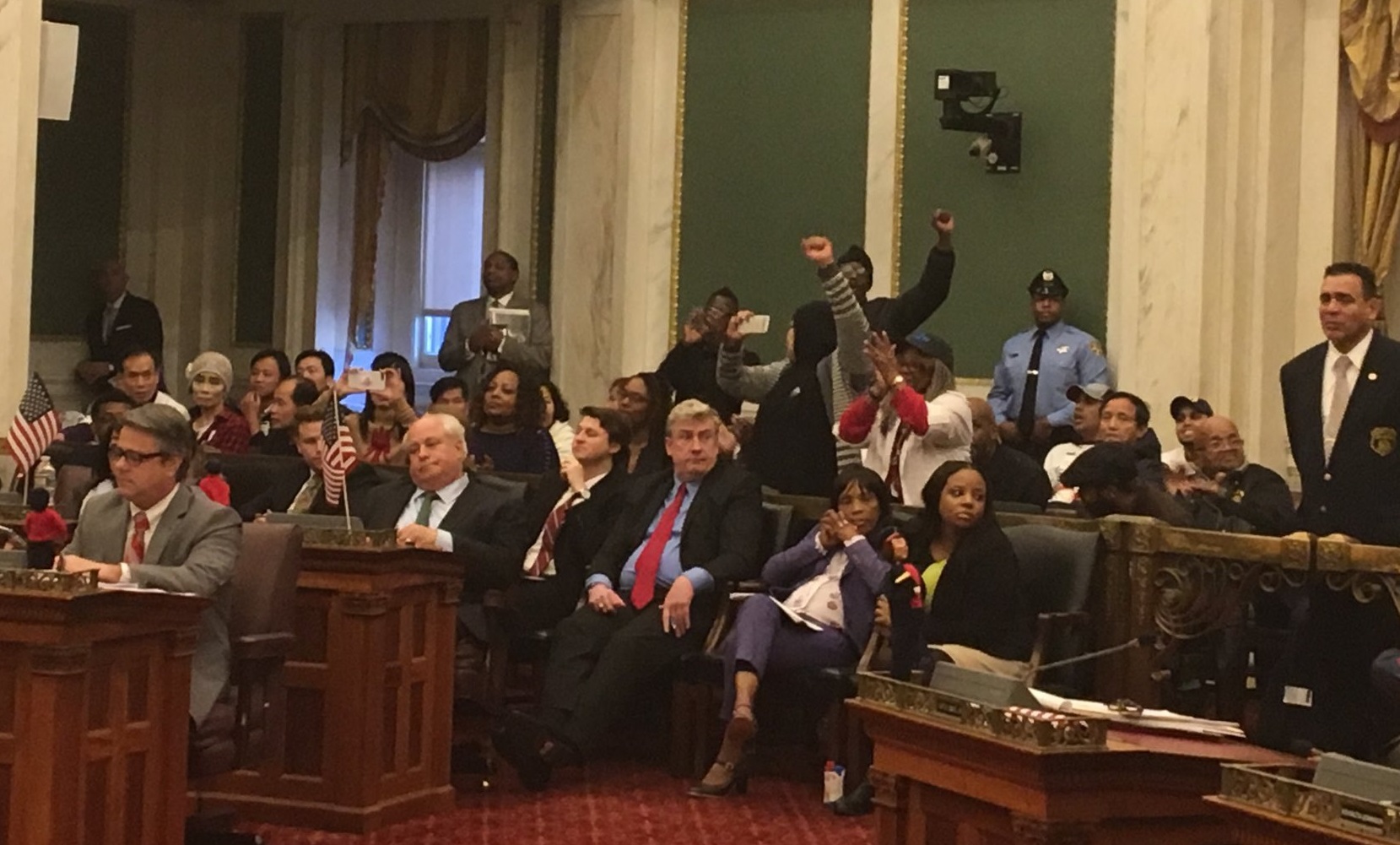 The Philadelphia City Council voted 14-3 on Thursday to pass a bill allowing the city’s Department of Licenses and Inspections to ban shop owners from protecting themselves and their employees with bulletproof plexiglass.

Philadelphia 8th District Councilwoman Cindy Bass, who sponsored the bill, said previously that having to see plexiglass represents an “indignity” to her constituents.

While the original bill demanded an outright ban be implemented immediately, the city council amended the bill to say “the city’s Department of Licenses and Inspections has until January of 2021 to develop rules for the ‘USE OR REMOVAL’ of the barriers,” Fox 29 reports.

From a legal standpoint, the Department of Licenses and Inspections could implement the ban tomorrow if they so please.

The Philadelphia City Council voted Thursday to remove bulletproof glass from the windows of some local businesses, despite a backlash from shop owners who cited safety concerns.

The council voted 14-3 to approve legislation that could eventually force business owners to remove the protective glass outside their storefronts that some lawmakers believe operate as drug fronts and facilitate loitering and public urination, Fox 29 reported.

The bill, which was passed by the city’s Public Health and Human Services Committee on Dec. 4, enables Philadelphia’s Department of Licenses and Inspections to regulate the bullet-resistant barricades that stand between customers and cash registers in many neighborhood corner stores.

[…]Councilwoman Cindy Bass, who originally sponsored the bill, said the stores — many of which are delis — are “masquerading as restaurants.”

“They sell almost everything you need to get high, and if they don’t have it, someone loitering inside or outside, has the rest,” Bass said.

Cindy Bass and other activists celebrated the bill’s passing:

Thank you to the community members, residents and activists who showed up and showed out! Thank you to my colleagues in @phlcouncil. We did it! Bill No. 170963 also known as the Restaurant Licensing Bill has been passed!