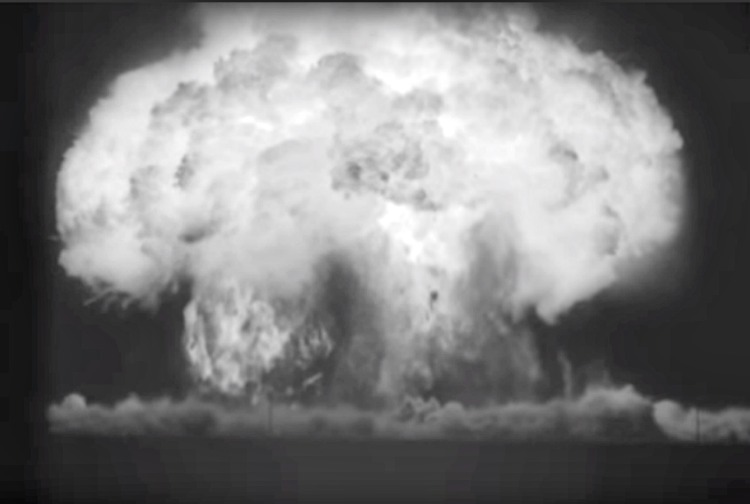 While everyone is very concerned about North Korea’s nuclear tests, these kinds of experiments are nothing new. In fact, hundreds of them took place right here in the United States between 1945-1962, and a series of declassified nuclear test videos have recently been restored and released.

With a world that appears to be actively preparing for nuclear war, I can’t emphasize enough how vital it is to get prepared for the possibility of an attack.  Each time I write about nuclear survival, it never fails that multiple people chime in…

But that’s simply not true.

The US stopped testing nukes in 1992, but the existence of these videos, some of which have people filmed watching the blasts, absolutely prove these things:

Many videos of these tests were recently declassified and a weapons physicist, Dr. Gregg Spriggs, at the federal Lawrence Livermore National Laboratory (LLNL) in Livermore, California, has been diligently working to restore them before the reels deteriorate beyond redemption.

It’s been 25 years since the last nuclear test, and computer simulations have become our virtual test ground – but those simulations are only as good as the data they’re based on.

Accurate data is what enables us to ensure the stockpile remains safe, secure and effective without having to return to testing… Not only are we preserving history, but we’re getting much more consistent answers with our calculations. (source)

This is the second batch of declassified videos that the scientists working on the project have posted on YouTube. This video compilation was released in March of 2017.

In this video, the scientists involved discuss the process of restoring the declassified nuclear test films.

If nothing else, these videos prove that a nuclear strike, while horrific, is completely survivable for those who are not at Ground Zero. If we were all going to die in an apocalyptic wasteland because of a nuke, that would have happened decades ago. This video shows a time-lapse of every nuclear detonation that has occurred in the world since 1945.

I can’t urge you strongly enough to get prepared. These videos prove that you have every chance to survive if you know what to do in the event of a strike. Go here to learn more about preparing for a nuclear strike and here to learn about potassium iodide.