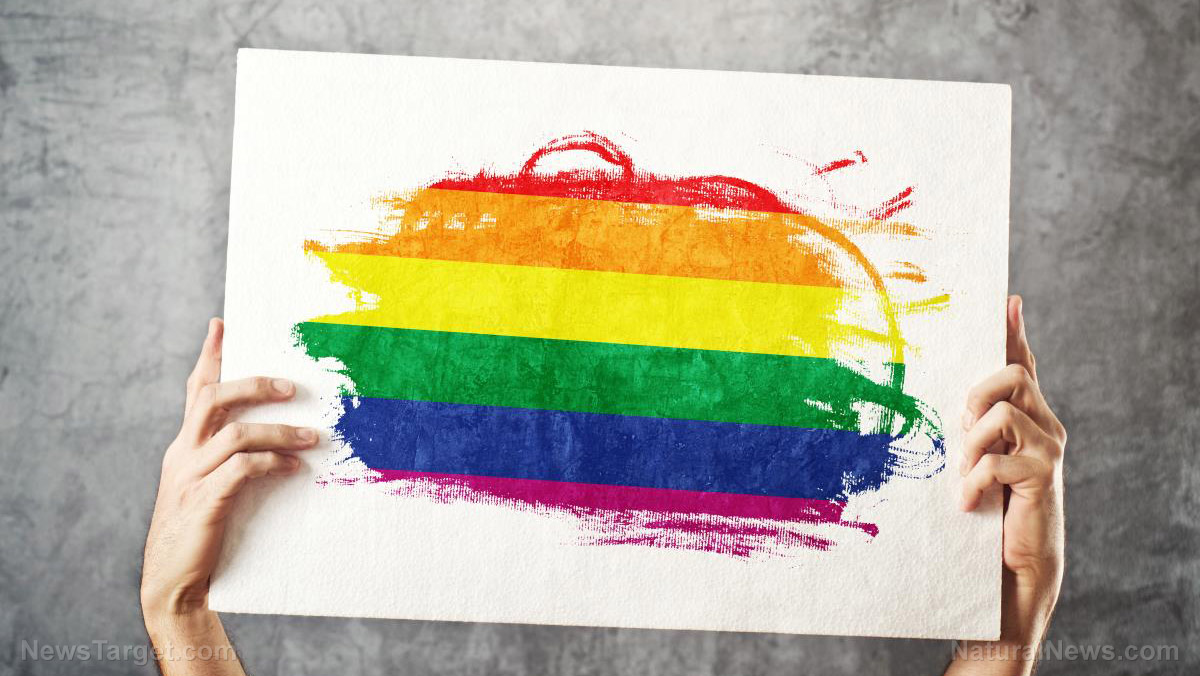 (Natural News) If you weren’t already convinced of God’s impending judgment for the utterly perverse planet earth in 2017, the newfangled “Objectum Sexual” movement is sure to solidify your personal awakening. This latest extension of LGBTQ-et. al. represents a group of deranged people who claim that they are sexually attracted to inanimate objects like chandeliers and car tailpipes, with which they desire to have sexual relations.

It’s cringeworthy to even have to type all of this out, but perverts who belong to the sect of “Objectum Sexual” actually believe that their attraction to lifeless matter is an indicator of their sexual identity, which is completely detached from anything that’s actually alive. These LGBTQ-OSs insist that it’s completely normal for them to want to procreate with random objects in whatever specific form that feels appealing at the time.

In the case of 33-year-old Amanda “Liberty” from Leeds, England, her preference centers around hanging light fixtures and large metal objects, which is why she’s planning to get married to a 90-year-old chandelier that she refers to as “Lumiere.” Liberty, who assigned herself this fake surname based on her love affair with the Statue of Liberty (whom she refers to as “Libby”), says she “proposed” to her Lumiere chandelier last Valentine’s Day, claiming that she’s completely in love with it.

“As soon as I saw Lumiere on eBay, I knew immediately that she was the one for me and it was love at first sight,” Liberty is quoted as saying to PJ Media. “She was based in Germany and although I knew it would be tricky to get her home, I knew I needed to find a way to make her mine.”

“I couldn’t stop thinking about her and how beautiful she was. She has such a beautiful shape, and I could feel really amazing energy coming from her.”

But how will LGBTQ-OS folk get their ‘spouses’ to march in pride parades?

Liberty is hardly alone in her delusional state of existence, as there now exists a support group called Objectum-Sexuality Internationale that affirms many other mental cases just like her who believe that it’s possible to have romantic relationships with random objects made in factories. The group’s description of itself states that those with OS inclinations “love objects on a very significant level,” and that many in “an intimate way.”

“Objectùm-sexual love comes for most in a similar awakening as other sexualities at the start of puberty,” the group’s website states. “This is often followed by an acute awareness that we do not relate to peers due to the source of projected feelings. Often objectùm-sexual people feel outcast or pressured by mainstream sexuality with a helpless feeling that we cannot change what comes so naturally to us.”

This form of mental illness has apparently been around for quite some time, as reports from back in 1979 claim that a woman named Eija-Riitta Eklöf fell in love with and married the Berlin Wall in Germany. Eklöf reportedly changed her surname to “Berliner-Mauer” as a reflection of this, and later on, in 1999 launched the first internet group for other people like her who require some serious counseling or exorcism-like reprogramming.

Berliner-Mauer’s favorite objects of affection are red fences, however, which she adores more than anything else because one can look over them to see what’s on the other side. The fact that this allows her to decide whether or not the grass is greener apparently turns her on – which as Megan Fox from PJ Media correctly points out probably won’t go over very well for the rest of the LGBTQ mafia, seeing as how fences and walls are kind of the thing of their arch-enemy, President Donald Trump.