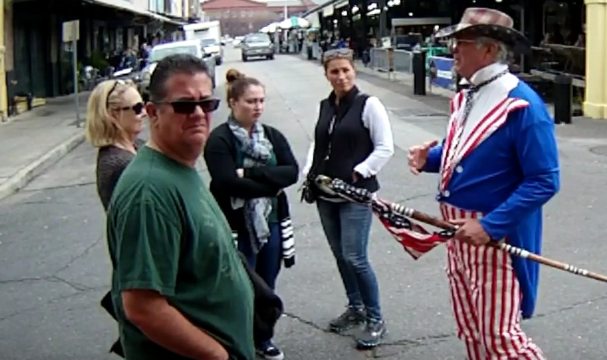 (INTELLIHUB) — Three eyewitnesses who were attending the Jason Aldean concert on the night of the Oct. 1 massacre came forth recently in a candid conversation with Youtuber Michael DiBari to explain what really happened.

According to the witnesses, it has been a little too quiet in Vegas, and there has been no talk about the shooting.

One of the witnesses said that he initially saw “four police officers run outside the gate” after he heard “two pops” which he identified as “gunfire.” The man stated that this happened before the first volley of fully-automatic gunfire broke out.

The man also said that it felt like the shooters were “inside” the venue and were chasing them, as other eyewitnesses have also said.

The witnesses maintain that a lady was shot in the head and killed right next to where they were sitting which was to the back of the venue toward the west side.

Additionally, the man confirmed that the FBI was “erasing” evidence from peoples phones and even pointed out that he thinks Stephen Paddock is likely a patsy.