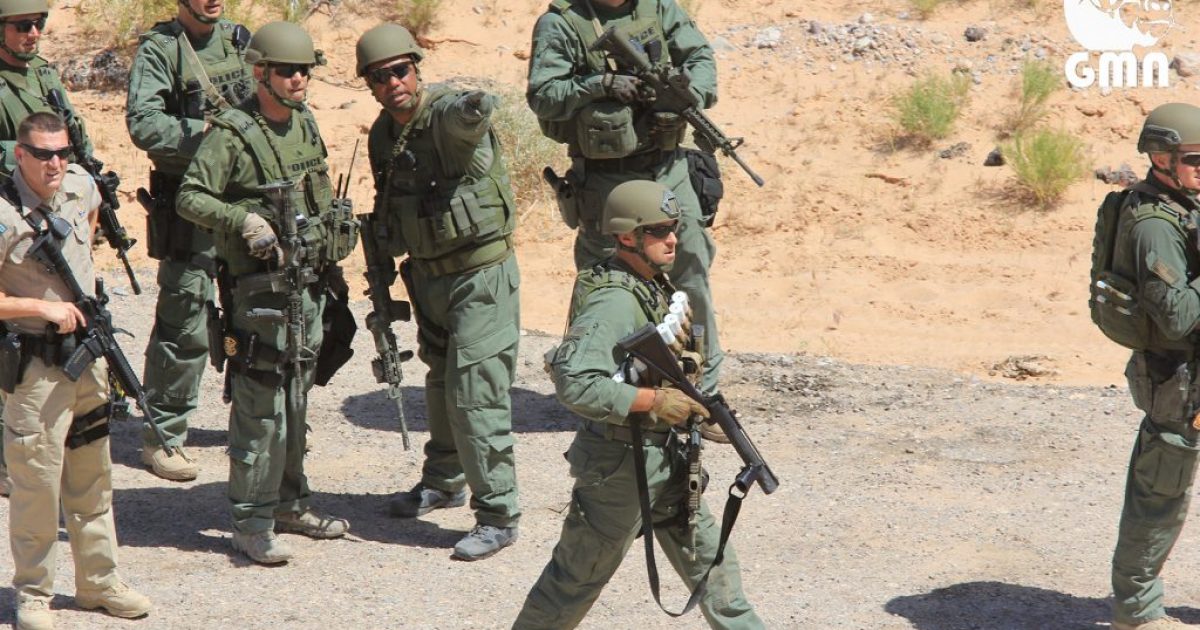 It’s funny how when you report on things that people call you a “conspiracy theorist” and opine, “our government would never do that.”  Such was the case of plenty of commenters back in 2014 when the protests and standoff took place in Bunkerville, Nevada at Bundy Ranch.  Well, there was clearly a kill list by government agents as to who was to be targeted and at the top of the list was none other than Cliven Bundy.

On Friday, I reported on a letter from Bureau of Land Management agent Larry Wooten, and Washington State Rep. Matt Shea’s comments regarding it as part of the sealed hearings going on in the Bundy Ranch trial.

In Wooten’s letter, he wrote, “…the investigation revealed a widespread pattern of bad judgment, lack of discipline, incredible bias, unprofessionalism and misconduct, as well as likely policy, ethical, and legal violations among senior and supervisory staff at the BLM’s Office of Law Enforcement and Security.”

“The issues I uncovered in my opinion, also likely put our agency and specific law enforcement supervisors in potential legal, civil, and administrative jeopardy,” wrote Wooten.

Among those things were clear bias towards the Bundys and their supporters.  The video below recounts many of those comments as well as a kill list, of which the producer of the video claims to have been on for over two years.

Yep, Dan Love became a “whistleblower” to cover his own butt, and so did another federal agent, but they should not be protected because they were the ones engaging in the illegal activity.  Whistleblower protections should not be given to those who willfully and knowingly engage in misconduct and criminal activity and then seek to skirt prosecution by claiming they are now a whistleblower.  You can’t have it both ways.

Additionally, Wooten’s letter would go on to state the behavior among the BLM leadership was more than disgusting and that former BLM Special Agent-in-Charge Dan Love had a kill list.

Wooten wrote, “Prior to taking the assignment as Bundy/Gold Butte investigation Case Agent/Lead Investigator for the FLM/DOI, I didn’t know and had never spoken to former BLM SAC Dan Love.  I was new to the agency and I was also specifically directed to lead an unbiased, professional, and independent investigation, which I tried to do, despite supervisory misconduct.”

“I was told by BLM law Enforcement Supervisors that he has a ‘Kill Book’ as a trophy and in essence bragged about getting three individuals in Utah to commit suicide (see Operation Cerberus Action out of Blanding, Utah and the death of Dr. Redd), the “Failure Rock,” Directing Subordinates to Erase Official Government Files in order to impede the efforts of rival civilian BLM employees in preparation for the “Burning Man” Special Event, unlawfully removing evidence, bragging about the number of OIG and internal investigations on him and indicating that he is untouchable, encouraging subordinates not to cooperate with internal and OIG investigations, his harassment of a femal Native American subordinate employee where Mr. Love allegedly had a doll that he referred to by the employee’s name and called her his drunk little Indian, etc., etc., etc.”

There were other indications of bias and possible kill list targets.

Wooten wrote, “My supervisor even took photographs in the secure command post area of the Las Vegas FBI Headquarters and even after he was told that no photographs were allowed, he recklessly emailed out photographs of the “Arrest Tracking Wall” in which Eric Parker and Cliven Bundy has “X’s” through their face and body.”

According to Wooten, that made that electronic transmission subject to Federal Records Protections, the Litigation Hold, and the FOIA.

This behavior apparently set a tone among those under Love’s authority as well.

For instance, Wooten mentions that fact that among those who were “law enforcement officers,” who were also potential witnesses and investigative team supervisors, they would refer to the Bundys and their supporters as “rednecks, retards, overweight woman with big jowls, douche bags, tractor-face, idiots, inbred, etc.”

The specifically targeted Cliven Bundy in their cold-hearted references.

Clearly, these men were not engaging in enforcement of the law.  They are sadistic and wicked.  Just look.

This is exactly the kind of footage that former Nevada Assemblywoman Michele Fiore and reporter/political prisoner Pete Santilli have said was found in the defense discovery.

Dan Love was confronted over the matter and should have taken heed, but he didn’t.

Still, the disgusting acts of Dan Love and others at the BLM, according to Wooten, are reprehensible and not a one of them in the lot should be employed by the government of the people.

Mr. Wooten also pointed out that “more and more it was becoming apparent that the numerous statements made by potential trial witnesses and victims (even by good officers under duress) [one has to ask if they are really “good officers”], could potentially cast an unfavorable light on the BLM.”

I’d say, “Too late, that light was cast a long time ago.”

Wooten then referred to “The Bundy Trial 2017 Leaked Fed Body Cam Evidence,” which included the following:

During all of this, Wooten says that there was a serious professional problem and that a key witness deactivated his body camera.

Now, why would he do that?  Was he just short of pulling the trigger because he was angry and wanted to scratch that itch to murder?

It’s not that farfetched considering that the sniper at Ruby Ridge who murdered an unarmed mother with a baby in her arms was promoted.

There were law-abiding citizens wanting to protect each other against a tyrannical government and out of control BLM agents.

To top it off, prosecutor Steven Myhre knew all this and sought as much as possible to hide evidence demonstrating the reckless and sadistic manner of Dan Love and the other agents in Bunkerville in 2014.

If you still want to side with the government on this one, then you have chosen your side.  I’ve posted all this so everyone will know whose side you are on.