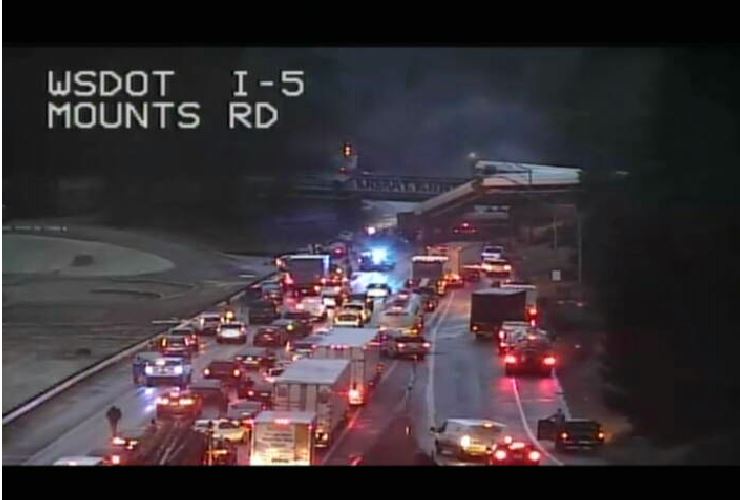 Was Monday’s derailment of an Amtrak train an accident or was something more sinister afoot?

DUPONT, Wa. (INTELLIHUB) — Nearly six months after the Alt-Left group ANTIFA endorsed ‘pouring concrete on to train tracks to counter fracking in Olympia’ and even made a ‘how-to video’ an Amtrak train has derailed in a suburb of that exact city.

That’s right, on June 28 the ANTIFA tweeted from the “official” account the following statement proudly:

“Here we endorse crimes like pouring concrete on train tracks. We also include a how-to video at bottom of article: https://itsgoingdown.org/olympia-wa-train…“

A strike team was dispatched to the scene of the train derailment which may signify that authorities believe the crash could be terrorism-related despite the release of rather vague tight-lipped reports which offer little to no details about the crash.

The Amtrak “Cascades” train had 78 passengers aboard at the time of the derailment.

Six people are reportedly dead and over 70 others were injured after cabin cars flew off of an overpass and piled up.

It is not yet known exactly what caused the crash.

More details are on the way. Check back with Intellihub.com as this report will be updated.