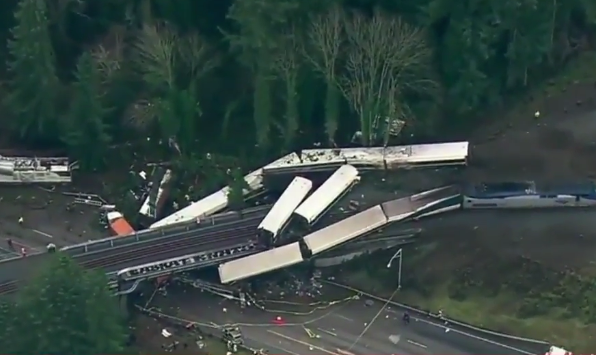 Just like 9/11 and the London bombing of 2007, the training drill somehow went live creating the exact scenario officials were enacting at the time

DUPONT, Wa. (INTELLIHUB) — Ironically, City Mayor Mike Courts and his team, along with numerous agencies, were conducting a training session for a ‘mass casualty incident’ closeby when the Amtrak Cascades derailment occurred killing six and sending over 70 others to the hospital.

According to the report, ‘many agencies’ were in the area planning their day for the exact same scenario as it actually played out in real-time.

The report was aired early on by ABC News but was buried by all other media for no apparent reason despite the fact that it is such a critical detail.

The train was traveling over 80 mph in a 30 mph zone, according to reports.

Related: A must see video