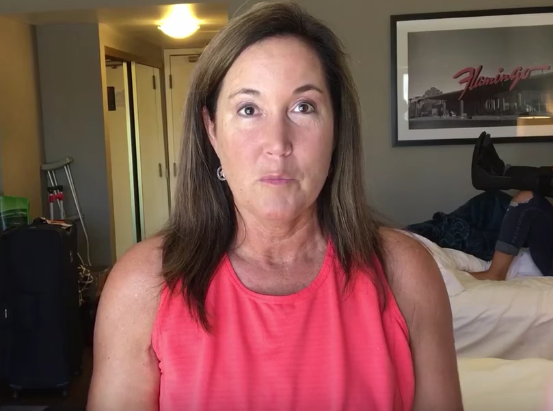 LAS VEGAS (INTELLIHUB) — Kelly Moore, a survivor of the October 1 Harvest Music Festival massacre, told Time in a rare interview published on YouTube that she felt like a helicopter was shooting the crowd from above.

“I almost felt like there was a helicopter above us shooting,” the woman explained. “It was so bizarre like a war sound.”

Intellihub’s Shepard Ambellas was first to present the ‘helicopter theory’ on a major news outlet when he broke the news on The Alex Jones Show Halloween day. During the broadcast, Ambellas reported that helicopters were likely used some type of advanced air assault onto crowd goers.

Ambellas’s report caused literal shockwaves throughout the international intelligence community after he conquered the Vegas operation had ‘all the fingerprints of 9/11’ (Saudi connection, radar data).

Moreover, a caller from the intel community leaked information about the presence of the Saudi Arabian-based company named ETS Risk Management which the caller said was “on the ground” the night of the shooting. Several days later, that caller, a man by the name of Zach, was rounded up by the FBI in Florida.

Since the story broke Ambellas has only done two follow-up interviews with Jason Goodman of “Crowdsource the Truth” in November.

Ambellas is set to release more information in the coming weeks as he seeks to bring out into the mainstream the fact that helicopters were spotted lurking on that dreadful night. Not to mention, the muzzle flashes.

You can find over 80 exclusive reports and analysis on the Las Vegas Massacre in chronological order HERE.