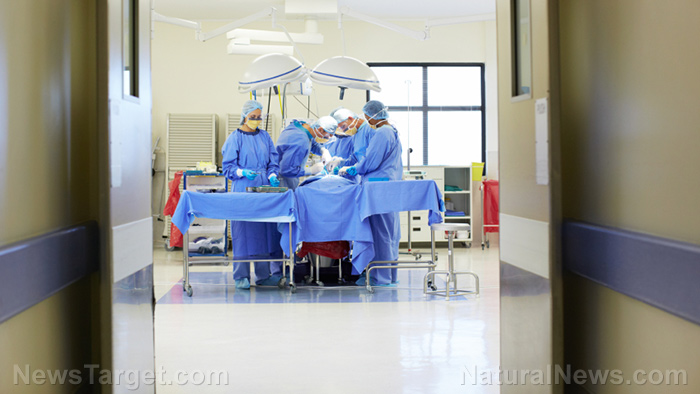 (Natural News) When a doctor suggests an operation that you don’t feel is necessary, you have the right to decide not to move forward with it – right? If you happen to have any sort of mental illness, it’s something that doctors could use to say you’re not in your right mind to make such decisions and then go ahead and do as they please regardless of your opinion.

That is what is happening right now in the U.K., as a 66-year-old woman who suffers from paranoid schizophrenia is set to be placed under general anesthesia and have breast cancer surgery against her will. A High Court judge has granted the University Hospitals of North Midlands NHS Trust an order that is said to be in the woman’s best interest to remove a tumor in her left breast.

The woman, who has only been identified as “JT,” denies that she has cancer. She believes the tumor is merely a cyst and does not see the need for surgery. The judge said her mental illness means she does not have the capacity to decide on her own whether or not to undergo treatment.

After hearing arguments from lawyers representing both the woman and her doctors, the judge wrote in his decision that he was satisfied that she did indeed have breast cancer and that the proposed surgery was the right course of action.

In particular, those women who were undergoing a combination therapy of both first-generation and second-generation antipsychotics had a significantly higher risk of breast cancer. The drugs linked to higher risk include risperidone, amisulpride and paliperidone.

Experts report that it is not unusual for schizophrenics to deny that they have cancer. A delay in diagnosis is common, and many do not follow through on recommended surgery. Some patients have even been known to attack their caregivers, according to a study in the American Journal of Surgery.

The official website of the NHS says that if people who have the capacity to make informed decisions choose to reject a treatment, their decision has to be respected even if it could cause them to die. However, it’s very different for those who are deemed to be incapable of making their own decisions.

If a person doesn’t have the capacity to make a decision about their treatment, the healthcare professionals treating them can go ahead and give treatment if they believe it’s in the person’s best interests. But clinicians must take reasonable steps to seek advice from the patient’s friends or relatives before making these decisions.

It’s not the first time something like this has happened in the U.K. A 55-year-old woman with learning difficulties was forced to undergo surgery for advanced uterine cancer. She had originally agreed to the operation, but later changed her mind and stopped showing up to medical appointments. She said she had a phobia of needles and hospitals.

Learning disabilities were somehow enough to have her deemed incapable of making rational decisions about her healthcare, and she was forced to undergo a hysterectomy and have her ovaries and Fallopian tubes removed. Doctors said that they would sedate her and bring her to the operating room, and then turn to “reasonable force and/or sedation to prevent [her] leaving hospital.”

In other words, if you don’t want to get a treatment your doctors want you to have for whatever reason, they could have you declared mentally unfit and do it anyway.