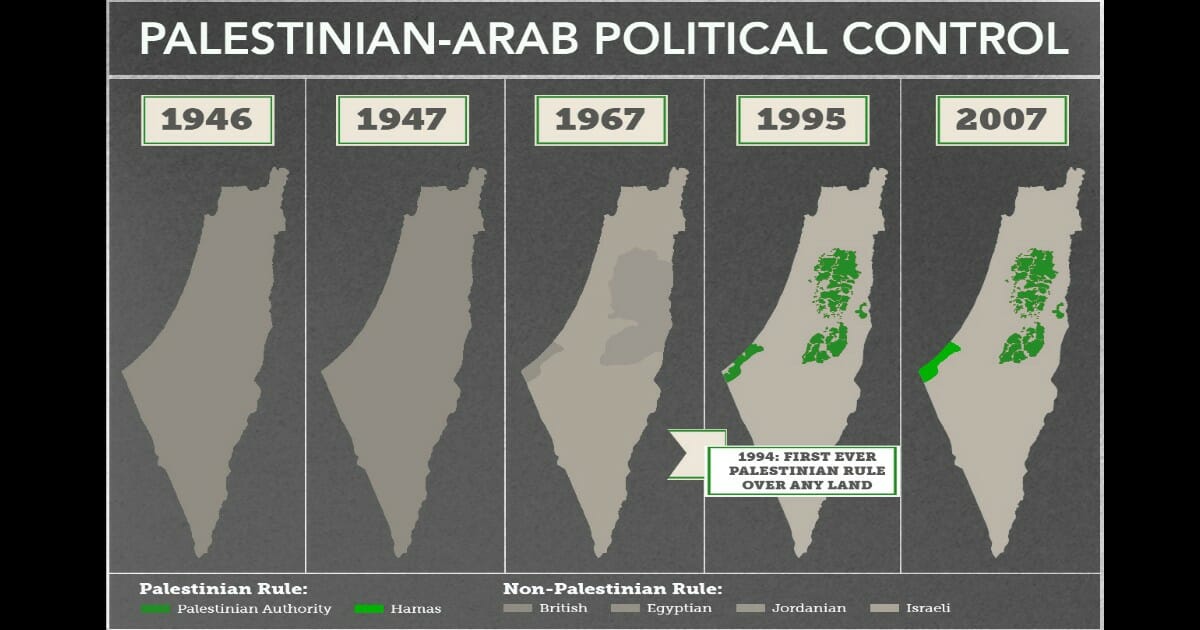 Bishop Aubrey Shines took to YouTube to dispel what he calls “The Palestinian Myth,” demonstrating that the Israelis are the rightful owners of the land of Israel, and that they have acquired it a great cost to themselves.

Giving up their land for promised peace is not a solution, as Bishop shines points out.

A two-state solution is not a solution either.

Shines asks, “You may be wondering where did this two-state solution idea originate from? And why hasn’t it been implemented?”

Briefly, in 1936 British leaders formed a commission that felt the best way to protect the Jews that were constantly being harassed by the Arab people, was to divide the land into two states, giving over 80% to the Arabs and the small 20% to the Jews. Jews accepted, the Arabs declined. In 1947 the U.N tried the same scenario, again, the Arab countries declined.

Arab nations began intensifying their efforts by attacking the small Israeli nation, but to no avail. In 1967 the leaders of the Arab nations met and unanimously decided they would never accept Israel under no condition other than their dead bodies rotting in the streets.

So, in 1967, the Jordanians (not the so-called Palestinians), along with its Arab neighbors, invaded Israel once again in the hopes that they would wipe out the remaining Jewish presence. Israel won that war and kicked out the Jordanians from the land they had illegally occupied almost two decades prior known as the West Bank.”

This land has nothing to do with a Palestinian people; it was illegally part of Jordan for 18 years. 80% of the so-called Palestinians are Jordanian Arabs. Hence, there already is a ‘Palestinian state’ it happens to be called Jordan. Even in the year 2000 current president of Mahood Abbas was offered an additional 10% of the land for peace, of course he declined.

In 2005 the Jewish people gave the Gaza area away hoping peace would result in the gesture, instead the land has been used to attack the Jews by sending thousands of rockets into the communities that are only a few miles away, can you imagine sending your kids to school in the mornings or kissing someone you love before he or she goes to the office only to hear air sirens blaring in the streets or your office where you’re working?

The fear that would grip your heart knowing you may never see your children or your love one’s ever again?

“Dividing your God-given land by appeasing those that hate you, as well as, that desire to totally annihilate you hasn’t been nor will ever be the best solution,” Shines concludes.  “Thank yo, President DJT for having the resiliency and tenacity to do what a dozen other presidents promised to do but lacked the courage to do.”

Indeed, I applaud President Trump’s move of the US embassy and recognizing Jerusalem as the capital of Israel.  It is their capital after all and on top of that, no matter what is done, Muslims are going to be upset about it.  So, you might as well do the right thing in the situation, and Trump has done just that.