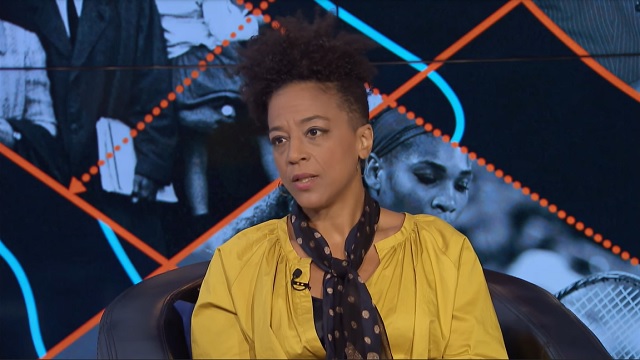 Charlie Rose was racist for not sexually harassing black women at his workplace, at least that’s what Esquire’s Rebecca Carroll suggested in a recent column.

From Esquire, “My Experience at Charlie Rose Went Beyond Sexism”:

As one powerful man after another faces allegations of sexual misconduct, we’re still not talking about the ramifications for black women.

In 1997, I joined the production team of Charlie Rose’s popular interview show. I was the only black journalist on staff. At the time, there was little to no recognition of what it meant to be black and female in a workplace dominated by white men. Twenty years later, in this watershed moment of examination and reckoning as one powerful white man after another is disgraced following allegations of sexual misconduct ranging from harassment to assault, we’re still not talking about the ramifications for black women—or the broader connection to structural racism in America.

… And while many of us on staff were subject to Charlie’s unsolicited shoulder massages and physical intimidation, as he towered above us at a height over six feet tall, the women Charlie preferred and preyed upon—at least that I witnessed—were white. It was an environment that all but erased me, while simultaneously exploiting me as a black woman. …

In America, the most desirable woman in the room—the most sacred, coveted, enshrined woman—has always been the white woman. …

To be clear, I’m not suggesting it would have been preferable for Charlie to have preyed upon me, too—but rather, his sexualization of white women was a manifestation of gendered power dynamics in the same way that his not sexualizing me was an expression of racialized power dynamics.