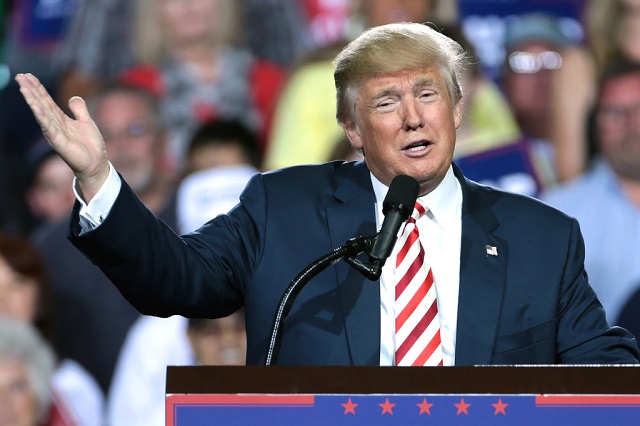 European finance ministers are “worried” the Republican’s newly passed tax bill will make the US “go from being a high-tax to a low-tax country” and “unfairly” incentivise companies to move to America from the EU and the UK.

This is truly terrifying. Last week, the finance ministers of Europe’s five biggest economies — Germany, France, the UK, Spain and Italy — wrote an anxious letter to their American colleague, US Treasury Secretary Stephen Mnuchin, and copied it to all senior Republican politicians in the Congress and Senate.

The letter’s thrust: The draft US tax bill, if passed as written a week ago, would represent a break with global fair-taxation rules as applied to corporations, and represent a thinly disguised form of trade war.

“The United States is Europe’s single most important trade and investment partner,” the finance ministers wrote. “It is important that the U.S. government’s rights over domestic tax policy be exercised in a way that adheres with international obligations to which it has signed-up. The inclusion of certain less conventional international tax provisions could contravene the US’s double taxation treaties and may risk having a major distortive impact on international trade.”

A day later, a similar letter was sent to Mnuchin by the European Commission’s four most senior economic officials and made many of the same points.

Their letters reportedly “didn’t get much of an answer.”

Clemens Fuest, the president of the Ifo Institute for Economic Research in Munich, said: “The European Commission’s criticism of the US tax plans is justified. The proposed measures would disrupt international trade and lead to double taxation.”

Tobias Hentze, an economist at the German Economic Institute in Cologne, told DW that he was worried the tax reforms could be the spark for the next round of a “race-to-the-bottom” of jurisdictions competing to offer corporations ever-lower tax rates.

If the reforms go through, Hentze said, the US will go from being a high-tax to a low-tax country. Until now, the tax burden on companies has been significantly higher in the US, with a tax rate of 39 percent, compared to 30 in Germany or 34 in France.

They go on to lament the tax bill will unfairly put “America First, again.”

The US also proposes to play unfairly by taxing profits that have already been taxed in Europe, Hentze said, concluding: “The underlying message to multinational companies is: If you produce here in the US, you will be spared the double taxation.”

The reform package provides further incentives for companies, too. With the creation of a so-called patent box, US legislators want to incentivize companies like Apple to register their patents and trademarks in the US, by means of a preferential tax rate on profits generated (12.5 percent). A fair tax regime, in Hentze’s view, should not offer tax rebates for certain types of profits.

“However, countries like Ireland or the Netherlands already do that too,” Hentze pointed out. “Therefore, the indignation of EU finance ministers is not very credible on this particular point.”

This is the greatest endorsement of the bill to date.