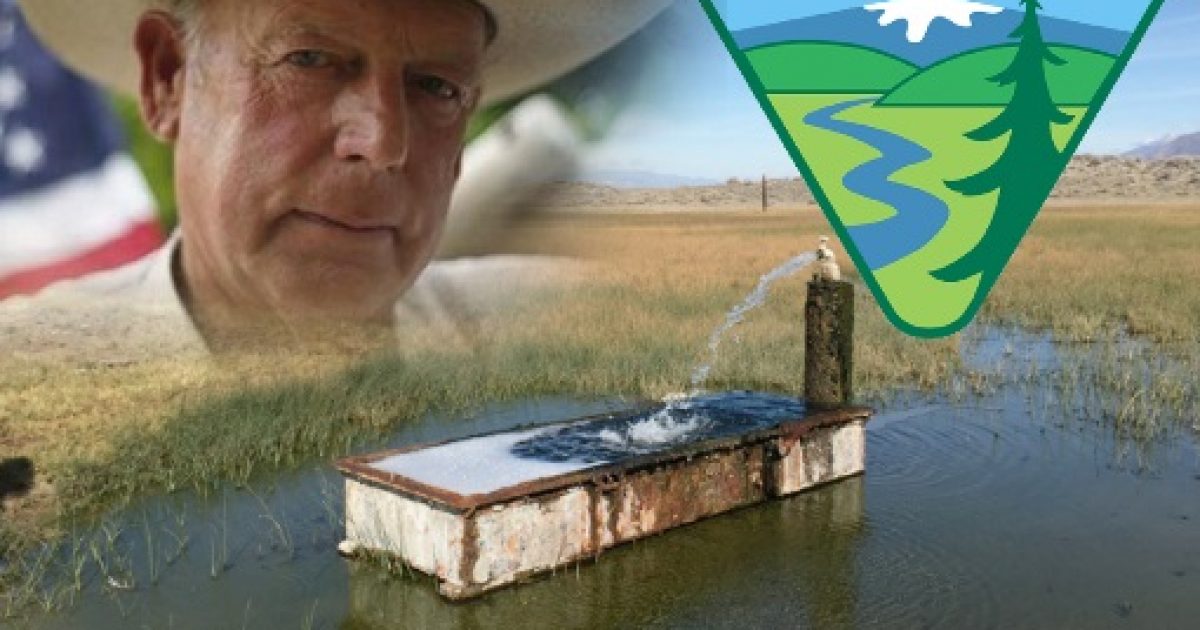 The control of water out West is a very big deal.  It’s all part of a United Nations Agenda 21/Agenda 2030 plan and endgame by the Bureau of Land Management.

In one of the latest developments in the ongoing Bundy Ranch issue is the revelation that not only did the head of the BLM in the district at the time where the Bundys live know that they had water rights, but apparently perjured herself in the courtroom and a sought to eliminate them.

Previously, Mary Jo Rugwell, who simply confirmed the Bundy’s claims about what they owed while on the stand, also testified that she knew nothing about water rights at Gold Butte, which have been in the Bundy family for well over 100 years, and yet, she did know and sought to eliminate those rights.

The government called witness Mary Jo Rugwell, the Bureau of Land Management (BLM) District Manager for Southern Nevada from April 2008 through August 2012, to the stand in November. The cross examination revealed several points:

Whipple:  You had a meeting with Mr. Tom Collins and others?

Whipple:  Do you recall what Mr. Collins said about water rights?

Rugwell:  He said he believed Mr. Bundy should have access to water rights.

Whipple:  Who owns the water rights on Gold Butte:

Rugwell:  I do not know.

Whipple :  There were range improvements on each and every spring?

Rugwell:  I don’t know. I can’t say that there are range improvements on every spring.

Then, Ammon Bundy attorney, Morgan Philpot followed up with:

Philpot:  Did you do any research into stock watering rights.

Rugwell:  I did not.

Philpot:  Are you aware that Mr. Bundy had stock watering rights?

Rugwell:  I’d heard that, but it was not relevant.  This was a trespass issue.  I never looked into any stock watering rights myself.

And there was redirect testimony by Prosecutor Daniel Schiess:

Schiess:  You have been asked about stock watering rights.  Do you have any information on who owns water rights?

Rugwell was very clear and concise in her testimony:

In a motion filed with the court on December 19, 2017, it was stated that Mr. Lance Krig requested all document from the Nevada State Water Resources Board relating to Cliven Bundy’s water rights..

“A collection of documents was delivered in response on December 6,” the motion reads.  “Among those documents were the attached letters, which were found to include 2008 correspondence from and to Mary Jo Rugwell, then the supervisor of the BLM in Southern Nevada.”

And that documentation indicates the Ms. Rugwell is now guilty of knowingly perjuring herself in federal court.  Hello?  Where are you Jeff Sessions?

“The Rugwell correspondence documents that in 2008 Rugwell – acting as head of the BLM in the District at the time – investigated and sought to eliminate or curtail Cliven Bundy’s water rights on the Gold Butte public lands,” the motion continued.  “Rugwell tried to have Bundy’s water rights canceled simply because Bundy was not at the time a current grazing-permit holder as recognized by the BLM.”

Rights do not need permits!

“Rugwell and the BLM were unsuccessful in this endeavor, as water rights are property rights recognized and protected under both state and federal law,” the motion added.  “Cliven Bundy’s water rights predate the existence of the BLM.”

Yeah, and so do a lot of other things despite the claim of some in the BLM that their authority supersedes the Constitution.

I want to know something, the government was so quick to violate the rights of protesters under the First Amendment, attack the water rights of the Bundy family, and violate the rights protected under the Fifth Amendment of every single defendant in this case, so, where are the arrests of Ms. Mary Jo Rugwell, Steven Myhre, Dan Love and every single individual involved in this process?

As Attorney General Jeff Sessions looks into the matter (it took him long enough!), I would hope that more than just dropping the charges and reversing the convictions and plea deals would be forthcoming.  I would hope there would be justice brought to bear on these criminals acting as public servants and that they would never be able to hold public office ever again!

Will we see that from the Trump administration? Time will tell.