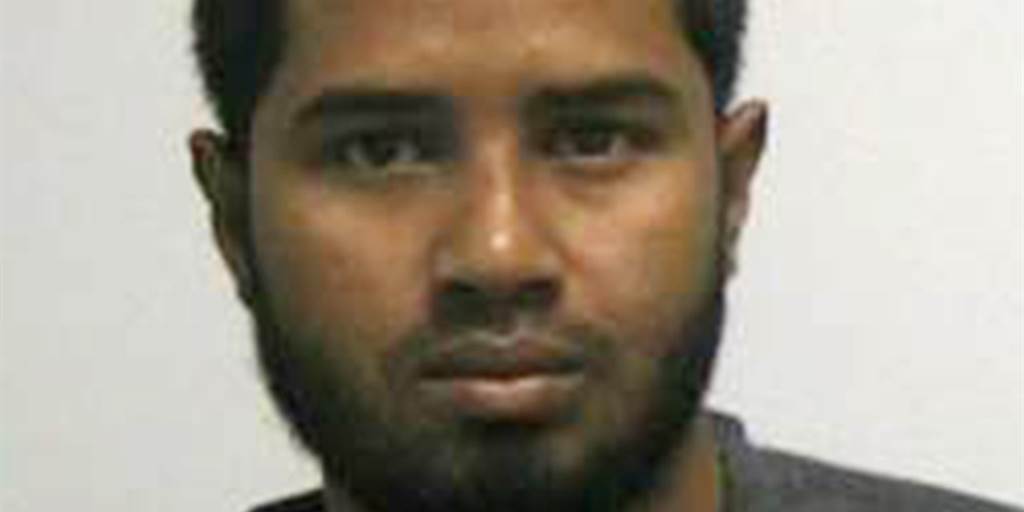 Akayed Ullah, a Bangladeshi Muslim living in Brooklyn, really hated Christmas. He hated Christmas so much that he used Christmas tree lights (along with a battery and some wire) as a trigger for a pipe bomb. He filled the pipe bomb with screws so that when it went off, metal shrapnel would tear bloody holes through morning commuters in Manhattan.

Wearing a hooded jacket and a backpack to cover the pipe bomb strapped to his body, Ullah got on the F Train at the 18th Avenue elevated subway station off Little Bangladesh. Like the Duke Ellington song says, he switched over to the A Train at Jay Street. It was early morning, but there were plenty of people riding the train. Jay Street is a major transit hub. But Ullah was waiting to blow up somewhere else.

He got off in the crush at the 42nd-St. Port Authority station. Here a whole lot of people can be found rushing up and down crowded staircases and shoving their way through cramped corridors.

Ullah took the long underground corridor that runs between the Port Authority station and Times Square. He strode past movie and beauty ads. He walked under the discouraging poem, “Overslept, So tired, If late, Get fired, Why bother? Why the pain? Just go home. Do it again.” But he wasn’t going home. And there would be no opportunities to do it again. The Muslim terrorist was right on time.

Rush hour was just getting started in the city that never sleeps. The Muslim terrorist probably passed hundreds of people: not to mention a saxophonist or drummer trying out his act on tired commuters.

But he was waiting for something else. Finally he saw it. A Christmas poster.

That’s when he detonated the pipe bomb using a Christmas tree light near a Christmas poster. Because if there was one thing that Akayed Ullah, like his ISIS masters truly hated, it was Christmas.

Last month, ISIS supporters had circulated a poorly photoshopped poster of Santa next to a box of dynamite overlooking Times Square. “We meet at Christmas in New York… soon,” it read.

As he walked toward Times Square, Ullah appeared determined to carry out the ISIS threat. Using a Christmas tree light in his bomb and detonating near a Christmas poster was a clear statement.

Ullah came to this country in 2011. Three years later, he had already been ‘radicalized’. The Bangladeshi terrorist had come here on a chain migration link that began with a diversity lottery visa. But Ullah didn’t actually like diversity. He didn’t want to share a city or country with Christians.

And so he set out to kill them.

In Ullah’s native Bangladesh, Christian churches have shut down midnight mass before due to threats of violence.

“This is the first time in my life that I find Christians celebrating Christmas with such panic and fear,” the Bangladesh Christian Association secretary general had said.

But with the diversity visa lottery, you don’t have to be a Christian living in Bangladesh to be terrorized by Bangladeshi Muslim violence.

And maybe that’s a diversity we could do without.

That same year, Bangladeshi authorities stopped a Christmas Day plot that involves a suicide bomb vest. But this year, America had its very own Bangladeshi suicide bomber. Christians are readying to celebrate Christmas in Bangladeshi churches this year with metal detectors and thousands of security personnel.

An estimated 29 ‘lone wolves’ were arrested last year in Christmas terror plots in the UK, France, Brussels and Australia. A number of these plots targeted Christmas markets, carnivals and cathedrals.

The year before, a Pakistani married couple had opened fire at a Christmas party at the Department of Public Health in San Bernardino. The worst half of the couple had groused about the Christmas decorations. Previous attack plots had included the Christmas Day bomber (the Nigerian terrorist also known as the underwear bomber) and Portland’s Somali Christmas tree lighting bomb plot.

Muslim violence spikes around Ramadan, and around Christian and Jewish holidays, because Islamic violence is inherently religious in nature. Islamic Supremacist terrorists like Ullah are lashing out at non-Islamic religions in order to clear the way for the imposition of Islamic rule.

Mayor Bill de Blasio, the lefty pol who dismantled the NYPD’s counterterrorism programs at the behest of Islamist pressure groups, insisted at the post-attack press conference that, “We actually show that society of many faiths and many backgrounds can work.”

A society of many faiths can work. As long as all of them practice mutual tolerance.

When a society includes Akayed Ullah, Sayfullo Saipov, the Uzbeki Muslim who ran over tourists on a Manhattan bike path in October, Ahmad Khan Rahimi, the Afghan who set off bombs in New York and New Jersey last year, Faisal Shahzad, the Pakistani who tried to detonate a car bomb in Times Square, Talha Haroon, another Pakistani who wanted to massacre New Yorkers in Times Square, Quazi Mohammad, another Bangladeshi who wanted to bomb the Federal Reserve and Raees Qazi, another Pakistani who scouted Times Square for an attack, that society can’t and won’t work.

You can’t coexist with people who refuse to coexist with you. They’re just ticking time bombs. Like Ullah riding the F Train and then the A Train while the passengers around him unthinkingly played games or clicked through Trump headlines not knowing that he could have detonated the bomb at any moment.

There are plenty of Ullahs all around us. Sometimes they wait years before blowing up. Other times hours and minutes. If we’re unlucky, it’s seconds. But the bombs, real and metaphorical, are there.

This is life in a society that has opened its borders to migrants from Islamic states where terrorism isn’t a horrifying aberration, but an ancient religious tradition to which the penitent sinner may turn to when his life no longer seems to have purpose or meaning. This is how we live now. And it will get worse.

Our politicians tout diversity after every attack. They tell us how much it enriches and improves us.

Akayed Ullah was a livery cab driver. His predecessor, Sayfullo Saipov, was an Uber driver. Do we really need two cab drivers so badly that we have to accept eight deaths and sixteen injuries in exchange?

Could we get our cab drivers from somewhere beyond Bangladesh and Uzbekistan?

We don’t have to live like this. We’re only living like this because we’ve been told that it would be mean and unfair of us to actually have a common sense immigration policy that keeps Islamic terrorists out.

The question is would we rather be mean to the Uber drivers of tomorrow or sit next to a ticking time bomb waiting to detonate at the first sight of a Christmas poster?

And we need to hurry because the Ullahs of tomorrow are applying for their visas today.