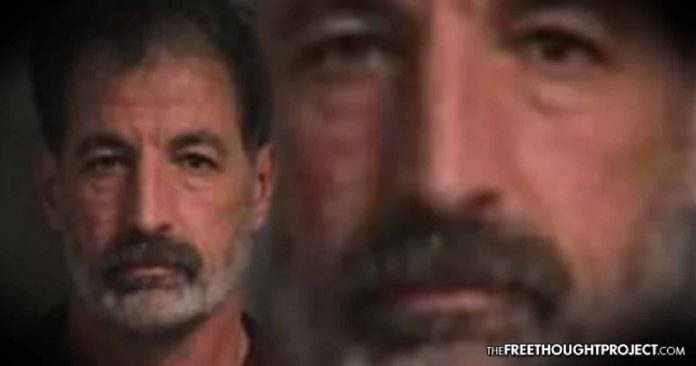 When a police officer is found creating child pornography involving girls as young as 13 years old, and he pleads guilty to sexually exploiting a child in court, it may seem logical that he would be fired from his department. However, in the case of one detective, he received more than $56,000 in back pay and was allowed to retire.

Harry McCarthy, 57, was a detective for the police department in Ogdensburg, New York, for 30 years. His career came to a halt in 2015, after his conduct became the topic of a joint investigation by the New York State Police and the Federal Bureau of Investigation.

McCarthy was indicted in 2016 by a federal grand jury on charges of sexually exploiting a child for the purpose of creating child pornography and for distributing, receiving, possessing and transporting child pornography. He is also facing state felony charges of “possessing and promoting a sexual performance of a child after he allegedly uploaded a picture to his personal e-mail account of a young girl having sex with an adult male,” according to a report WWNYTV News.

The alleged conduct took place in 2013 and 2014, and the indictment claims that McCarthy groomed a 13-year-old girl and persuaded her to engage in “sexually explicit conduct for the purpose of creating images.”

New York Upstate reported that McCarthy was arrested “after Google alerted authorities that an image depicting child pornography had been uploaded through its servers.” Investigators were able to trace the image to McCarthy’s home, and after executing a search, they found the images on his laptop.

McCarthy pleaded guilty to the charges this week, and he is facing 15 years in prison when he is sentenced on April 18. When the investigation concluded, and McCarthy was first arrested in August 2015, he was suspended from his position as a detective at the Ogdensburg Police Department.

However, he continued to receive his salary, and even though he was facing charges of creating, distributing and possessing child pornography while on the job as a police officer, he still received $56,000 in pay from the city while on suspension, before retiring in June 2017.

The idea that a police officer was given $56,000 while he was suspended, and still allowed to retire, even after pleading guilty to the charges, may seem shocking, but unfortunately, his despicable behavior is not uncommon.