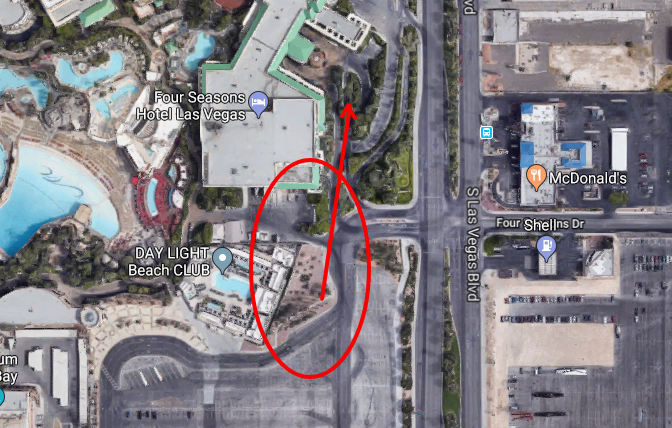 Who were the two men that fled from the vicinity of the Four Seasons Hotel several hours after the Route 91 Harvest Music Festival massacre?

LAS VEGAS (INTELLIHUB) — Two grown men fled the desert area near the Four Seasons Hotel to the north after police gave them commands to stop, reveals scanner audio from the night of the Oct. 1 massacre.

Several hours after the shooting stopped at the Route 91 Harvest Music Festival two white adult males did not follow police orders to halt and proceeded to run northbound toward Mandalay Bay.

A partial transcript of the police audio reads:

175SE: We just had two individuals run from us heading northbound through the desert area at Four Seasons and Mandalay Bay. […] They look like WMAs and they were not following our commands and took off running.

The back and forth communication between the officer and dispatch suggest that other nefarious covert operations were likely underway on the night of the massacre and have not yet been reported by the authorities.

You can hear the full audio clip posted on the “Vegas X” YouTube channel:

What were these men doing by the Four Seasons and why did they run to the north from police hours after the massacre? Please comment below and share.

If you have any major intel email [email protected] with the details.