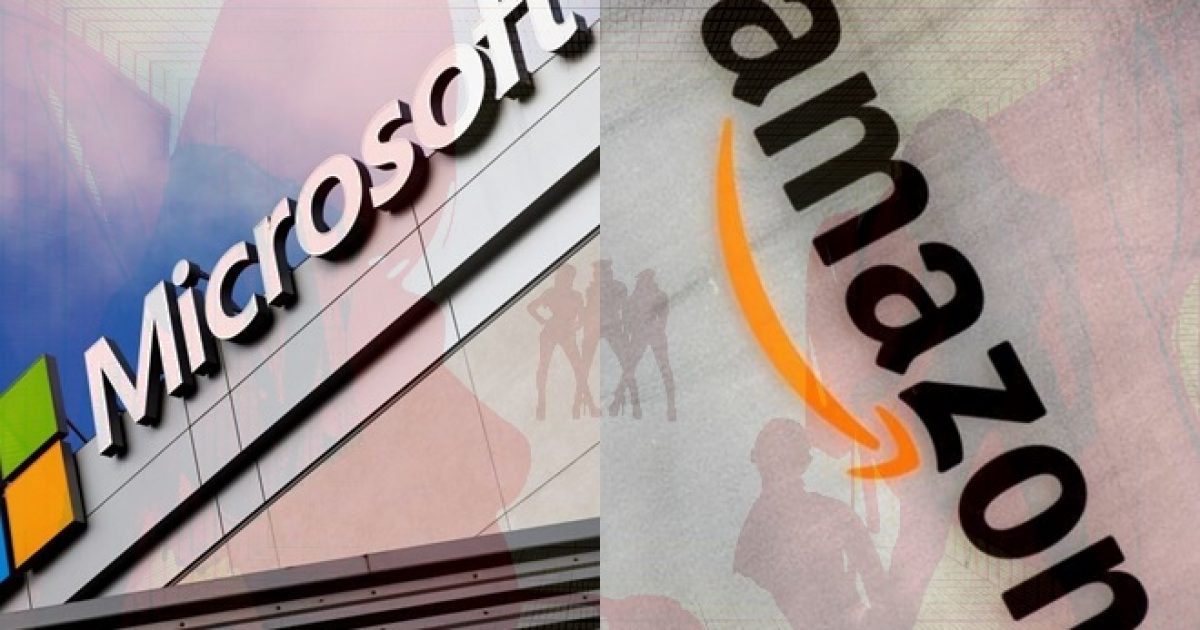 Ahhh, yes, the gatekeepers are being exposed, and it appears that this might just be in connection with President Donald Trump’s executive order and resignation of Eric Schmidt as executive chairman of Google’s parent company, Alphabet.

Seattle employees of both Microsoft

were busted after using their work accounts to engage women for sex who were trafficked in from Asia.

The emails from the men, some hoovered up in a sting operation against online prostitution review boards, are all similar, often disguised as replies to wrong addresses.

“I think you might have the wrong email address,” wrote one man from his Amazon work address to a brothel.

“Think you might have the wrong guy,” wrote another to a pimp from his Microsoft work email.

“Got it,” wrote a man at an Oracle email address, also directed to a pimp.

Those emails are among hundreds fired off by employees at major tech companies hoping to hook up with trafficked Asian women. They were on their work accounts because Seattle pimps routinely asked first-time sex-buyers to prove they were not cops by sending an employee email or badge.

The cache of tech company emails were obtained by Newsweek via a public records request to the King County Prosecutor’s Office. Law enforcement authorities have been collecting them from brothel computers over the last few years; some were obtained in connection with a 2015 sting operation that netted high-level Amazon and Microsoft directors.

Tyler Durden at Zero Hedge points out that brothels have been catering to Microsoft for years.

Seattle brothels had been catering to Microsoft employees through several “backpage.com” ads located nearby the company’s Redmond, WA headquarters, in what is becoming a booming business.

A study commissioned by the Department of Justice found that Seattle has the fastest-growing sex industry in the United States, more than doubling in size between 2005 and 2012. That boom correlates neatly with the boom of the tech sector there. It also correlates to the surge in high-paying jobs, since this “hobby” (the word johns use online to describe buying sex) can be expensive: some of these men spent $30,000 to $50,000 a year, according to authorities.

The tech sector has not only employed a significant number of men who pay for sex with trafficked women, it has also enabled traffickers to more easily reach customers and to hide their business from cops by taking it off the streets and into computers and ultimately, hotel rooms, motels or apartments. In one 24-hour-period in Seattle, an estimated 6,487 people solicited sex on just one of the more than 100 websites that connect buyers with sellers, according to a 2014 study.

Of note, Backpage.com shut down its adult sections in January, citing government pressure following a 2016 Senate report on commercial sex services fingered the website as a hotbed for criminal activity, and stating that “Backpage officials have publicly acknowledged that criminals use the website for sex trafficking, including trafficking of minors.”

The prostitutes trafficked from Asia typically don’t speak much English, relying on translation apps to offer services such as “girlfriend” experiences and “Nuru” (nude massage). Many of the women are working their way out of debt bondage, and feared for their lives or those of their families – according to one pimp interviewed during the 2015 sting.

Many of the women trafficked in would be subjected to not just sex, but rape and brutality.

In scoring some of the women on a public board, men assigned numerical ratings and added specific descriptions of the women, such as their sexual abilities, level of enthusiasm and other attributes.

One of those women, Alisa Bernard, a self-professed prostitution survivor turned activist, spoke to ABC News about her experience and warned that the ratings don’t make things safer for the girls, but apparently, they put them in greater danger.

“There’s a perception of safety because there’s this, ‘Oh, well, you have to go through this board, and it’s online, and look how clean it is,’” Bernard said. “I had been raped multiple times. I was held against my will at least once. I was strangled, and these were all by Review Board guys so, you know, again, your line keeps getting pushed further and further and further to get those good reviews.”

Several of the men who posted are clearly pigs in their comments.

“She’s as close to perfect as I think they get made,” one man said of Korean women.

“Right after K-girls, I’ve always had this thing for Eastern Europeans,” another said. “Like Czech, Hungarian, anyone from a war-torn country. Anything with ‘will work for food.’”

A spokesman for Microsoft emailed Newsweek the following statement:

“Microsoft has a long history of cooperating with law enforcement and other agencies on combating sex trafficking and related topics, and we have employees who volunteer their time and money specifically to combat this issue as well. The personal conduct of a tiny fraction of our 125,000 employees does not in any way represent our culture. No organization is immune to the unfortunate situation when employees act unethically or illegally. When that happens, we look into the conduct and take appropriate action. Microsoft makes it clear to our employees they have a responsibility to act with integrity and conduct themselves in a legal and ethical manner at all times. If they don’t, they risk losing their jobs.”

Amazon also issued a statement to Newsweek saying that it is investigating and “It is against Amazon’s policy for any employee or Contingent Worker to engage in any sex buying activities of any kind in Amazon’s workplace or in any work-related setting outside of the workplace, such as during business trips, business meetings or business-related social events.’ When Amazon suspects that an employee has used company funds or resources to engage in criminal conduct, the company will immediately investigate and take appropriate action up to and including termination. The company may also refer the matter to law enforcement.”

The sting arrested 17 men and one woman, but only a director at Amazon and another director at Microsoft opted for a trial. The trial date is now scheduled for March 2018. None of the sex workers involved in those case were charged.