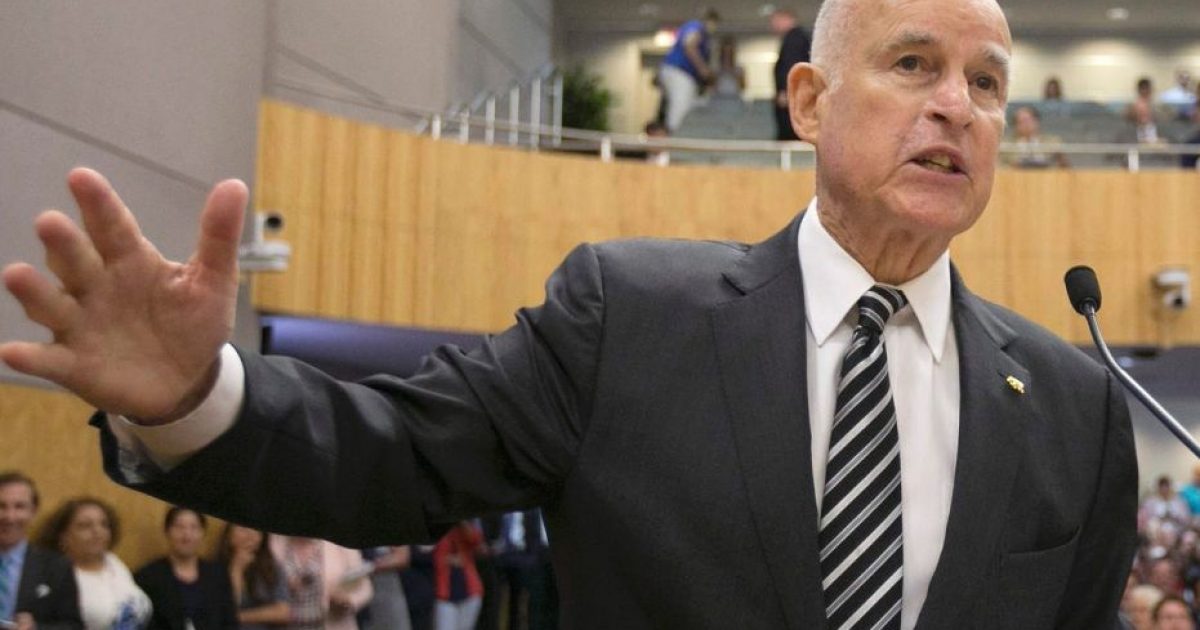 California Governor Jerry Brown has issued pardons for hundreds of people in his state who are there illegally, most with criminal backgrounds, in an attempt to show the Trump Administration in particular, that all illegals are welcome there.

The only problem with Brown’s pardons is they are themselves illegal.

Any governor of a state does not have the authority to pardon anyone who has committed a Federal crime.

In this case, Brown’s pardons are nothing more than useless symbolic gestures that mean absolutely nothing to the Federal government.

Thus, the individuals who have been pardoned by Brown still face the same consequences of being rounded up, detained, and eventually deported as they did before by Federal agencies.

Since Brown declared his state a Sanctuary State for illegals and state law enforcement from state police to local law enforcement agencies have a hands-off policy of checking anyone’s immigration status, the situation for anyone here illegally, basically has not changed.

Governor Brown has been in California politics for several decades and is fully aware of his authority as Governor.

Brown knows his Executive pardons of those here illegally have no value under Federal law and has chosen to use them as a tool of political pandering.

Unfortunately for Brown and the people of California, the political powers he is loyal to are no longer in authority in Washington and with his state facing nearly a trillion dollar debt, unemployment in double digits in some areas, and one of the highest crime rates in the nation, Brown stands to lose big time.

Because of Brown’s lawlessness, concerning illegal immigration, the Los Angeles Police Department has lost out on some 3 million dollars in Federal funding recently.

As with everything else Brown has done since Donald Trump became president, from acting on his own to commit to the Paris Climate Agreement to wanting California to secede from the Union, the pardoning of illegal immigrants is only the latest in a long list of measures that are absolutely not achievable, simply because they are against Federal law.