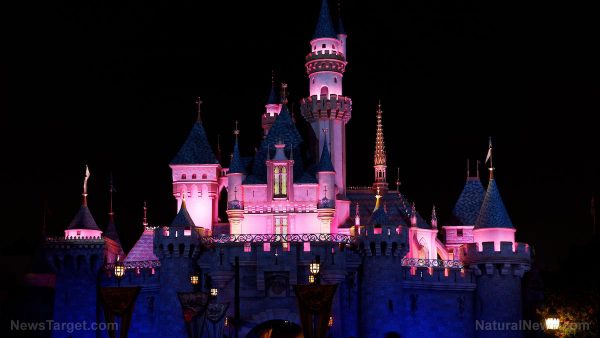 (Natural News) The ‘Happiest Place on Earth’ isn’t really so happy for everyone, including some children — if you can believe that — which is ironic as can be, given that the entire Disney franchise began as a wondrous, child-based, family-oriented enterprise offering clean, wholesome, traditional values-based entertainment.

That’s why it shocked so many people when they learned recently that Disney exec, Jon Heely, was suspended without pay by the entertainment giant after being arrested on felony child sex abuse charges.

As reported by Breitbart News, Heely was the director of music publishing. He was charged with three counts of child sexual abuse involving two underage girls about a decade ago, who were 11 and 15 at the time. According to the charges, Heely abused the 11-year-old until she turned 15.

Heely, 58, was initially picked up by police in Santa Clarita, Calif., in November, and released on $150,000 bond. Then, just a few days ago, he pleaded not guilty to three counts of “lewd and lascivious acts on a child.”

Robert Helfend, his lawyer, denied every single one of the charges, Variety reported.

“He vehemently denies these allegations and we will be fighting until the end to clear his name,” Helfend said. “It’s a shame, that’s all I’ve got to say.”

Heely was first employed by Disney in 1981, where he managed licensing for hundreds of Disney films and produced a series of Disney concerts around the world.

“Immediately upon learning of this situation tonight, he has been suspended without pay until the matter is resolved by the courts,” a Disney spokesperson noted regarding Heely’s suspension.

The charges are already raising questions about the company’s knowledge of the allegations, as they came in the wake of charges a week earlier that the company was aware of Pixar chief John Lasseter’s alleged predatory behavior against female staffers, having assigned him a “handler to ensure he would not engage in inappropriate conduct with women,” according to entertainment site Deadline.

Lasseter has since taken a six-month leave of absence.

These are by no means the only incidents of Disney employees being arrested on charges related to child sex abuse. As HuffPost reported in July 2015, 35 Disney employees were arrested over a 10-year period, with 32 of those cases resulting in convictions at the time.

“Wherever you find children, you’ll find sexual predators that want to be there,” Polk County Sheriff Grady Judd observed. (Related: After pushing LGBT agenda for children, Disney files patent on cuddly robots that could be used as “sex toys” for children.)

CNN Investigations undertook an entire probe of “theme park employees” who were caught up in child sex allegations:

[Robert] Kingsolver, 49, is one of at least 35 Disney employees arrested since 2006 and accused of sex crimes involving children, trying to meet a minor for sex, or for possession of child pornography, according to a six-month CNN investigation that examined police and court records, and interviewed law enforcement officials and some of the men who have been arrested.

“My life is ruined,” he told the network during an interview. “My family’s life is ruined. My kids’ life is ruined. I’ve devastated my parents because of bad judgment.” He wound up pleading not guilty to soliciting a child for sexual acts and traveling to meet a minor for unlawful sexual activity.

When he was arrested by police, he believed he was going to meet a 14-year-old girl for sex at a home set up by Lake County, Fla., Sheriff’s Office detectives. He claimed he was only trying to protect the girl and that he was going to call police when he arrived there.

Not such a happy place after all.