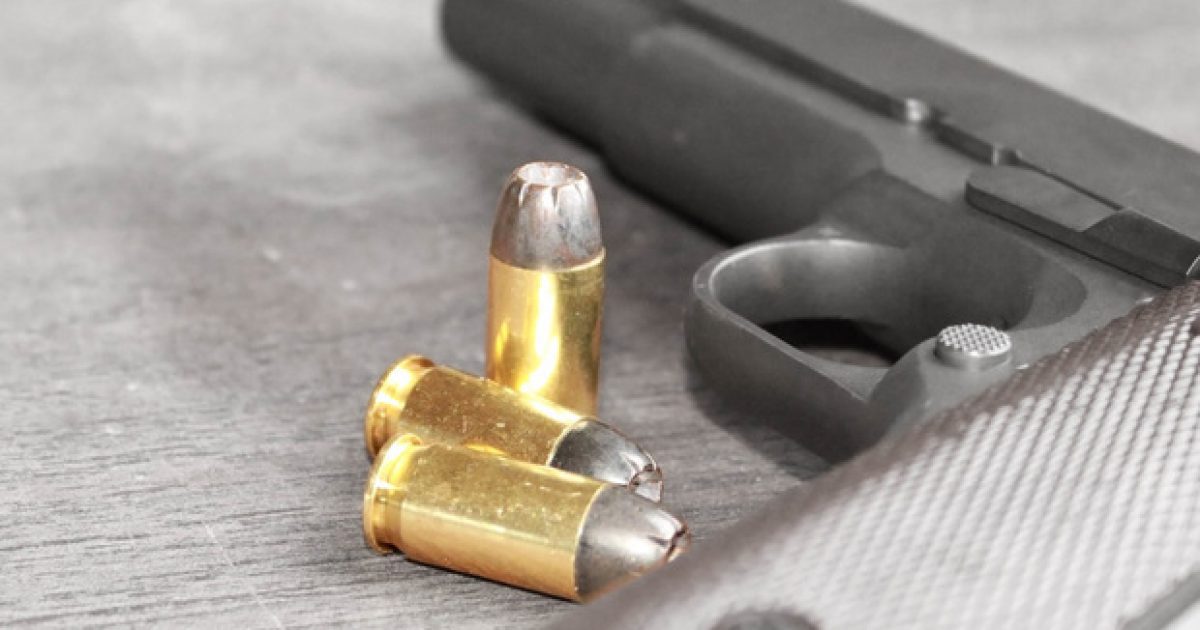 In what one attorney calls a “monumental decision,” a US District Court has found that short mental health treatment does not end the rights of gun owners.

An attorney has presented his case to persuade Federal District Court Judge Kim Gibson of the Western District of Pennsylvania to rule that an involuntary commitment under Section 302 of Pennsylvania’s Mental Health and Procedures Act (“MHPA”) is insufficient to trigger a federal firearms and ammunition disability under 18 U.S.C. § 922(g)(4).

I’ll add before we get into this that a long mental health treatment doesn’t end them either, as the Fifth Amendment to our Constitution is clear:

For those that don’t know, rights are liberties.  Founding father Noah Webster defined “right” as “authority” or “liberty.”

Mental health is an issue for the family jurisdiction, not the state.

However, in the recent case of Alton C. Franklin vs. JEFFERSON B. SESSIONS, III, Attorney General of the United States; THOMAS E. BRANDON, Acting Director, Bureau of Alcohol, Tobacco, Firearms, and Explosives; CHRISTOPHER A. WRAY, Director of the Federal Bureau of Investigation; and THE UNITED STATES OF AMERICA, it seems that the court agrees, at least in the short term.

Understand from the start that the terms “short” and “long” are not defined and that they are ambiguous, which, in my opinion, deem them to be unenforceable and unlawful, merely the opinions of men.

“…in 2002 Franklin appeared at his local police station “needing to talk to someone” in the aftermath of a recent break-up with 20 lacerations on his arms he said he picked up as part of a drinking game with a friend. The officer he spoke to felt that Franklin posed a danger to himself or others and a county official completed a warrant that the man be involuntarily admitted to a mental health facility for up to 120 hours. However, Franklin only remained hospitalized for less than 24 hours before he was released.

Since then, he has not been the subject of a mental health order and went on to complete a bachelor’s degree, earn a paralegal certification and work as a corrections officer for the state of Kentucky. Nonetheless, in 2013 he was advised that he was a prohibited firearms possessor with an active file in the FBI’s National Instant Criminal Background Check System, stripping him of his gun rights, due to the time he spent in the hospital more than a decade previously.

Challenging the Pennsylvania record in a county court in 2015, a judge found in his favor, noting that he “no longer suffers from the mental health condition that was the basis of the original civil commitment,” and ordered his firearms rights under state law restored. Nonetheless, the ATF maintained Franklin was still prohibited from possessing firearms under the federal statute even while the state said he wasn’t. To this, the federal court took exception last week, saying he was never “adjudicated as a mental defective” or “committed to a mental institution” as it applied to federal law.”

the Court cannot deny the serious constitutional doubts raised by the parties’ arguments in the instant matter-both in regard to due process rights of the Fifth Amendment and the right to bear arms under the Second Amendment. The arguments raised in the parties’ briefs, a “fractured vote” by the Third Circuit on a related issue, and recent, disparate decisions by other district courts within the Third Circuit amply demonstrate the seriousness of these constitutional concerns and the appropriateness of constitutional avoidance when a reasonable interpretation of Section 922(g)( 4) avoids consideration of those weighty constitutional issues.

Although the provisions of Section 302 of the MHPA may be sufficient to justify an involuntary emergency examination and treatment, the Court is not persuaded that these non-adversarial, ex parte procedures without notice, a hearing, the opportunity to present evidence, or a judicial or quasi-judicial actor constitute an “adjudication” for the purposes of Section 902(g)(4), nor that a 120-hour-maximum “involuntary emergency examination and treatment” constitutes a “commitment to a mental institution.”

Attorney Prince referred to the ruling as a “monumental decision.”

Indeed!  Mr. Franklin has not committed a crime and therefore, should not have his right violated under our Constitution.

Lest you think I’m being naive here, consider that is you give corrupt politicians and judges a rope they’ll want to be a cowboy.  Instead, you allow families to take care of their own.  That’s their jurisdiction, not the state.

As I previously wrote about veterans suffering from the alleged PTSD, they do not forfeit their rights based on some bureaucrats definition or whether they are fit to own a gun or not.  Our Constitution is clear about that, and I cited it above in the Fifth Amendment.  Anything else is an undermining of law and the rights of the people of these united States.

Go on and enter to win this incredible Kriss Vector CRB G2 valued at $1,280!