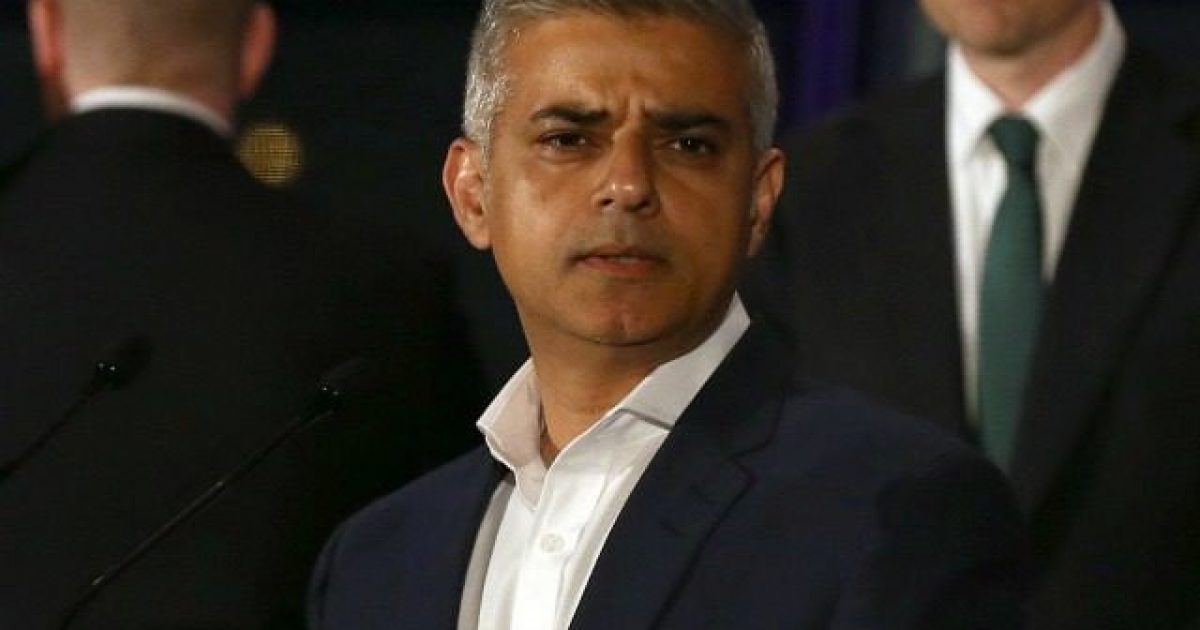 London Mayor Sadiq Khan has said, “London is a beacon of tolerance, acceptance and diversity.”  However, because London is such, and a Muslim is stating it to be so, he also went on to state that was the very reason why an official visit by US President Donald Trump would “not be welcomed.”

Khan’s comments came in the midst of written statements to questions from a member of the London Assembly, which asked him what he would do to make President Trump “feel welcome” when he visits the UK in 2018.

Mr. Khan stated that he had “previously called on Theresa May to cancel her ill-judged offer of a state visit to President Trump.”

He then added that a visit by President Trump would be against the “interests and security of Londoners.”

Khan said, “It is clear that any official visit here would not be welcomed.”

Personally, I wonder if Trump would receive an overflow crowd should he decide to continue with his visit, which would embarrass both Theresa May and Sadiq Khan.

Referring back to recent retweets by President Trump of three videos purporting to show acts of Muslim violence, Mr. Khan remarked: “Many Brits who love both America and Americans, as I do, will see recent comments made by President Trump as hardly in tune with the special relationship between our two countries.”

Apparently, without irony, the mayor said it was because “London is a beacon of tolerance, acceptance and diversity” that the visit by President Trump should not go ahead, remarking that Trump is “completely incompatible with the values Londoners hold dear”.

While it has not been made clear precisely which security concerns concern Mr. Khan about a visit from the U.S. president, the Mayor had earlier in 2017 shrugged off the threat of terrorism as merely being “part and parcel” of city life. Mayor Khan has also presided over an astonishing rise of acid attacks in London, which has led to the city being crowned the acid attack capital of the world.

David Kurten, the elected member of the London assembly who issued the formal questions to Khan,  told Breitbart London: “Since Donald Trump became President, London’s Mayor has become increasingly hostile to one of the best and most Anglophile Presidents there has ever been. Instead of building a good relationship and welcoming his offer of putting Britain at the front of the queue for a trade deal, he has snubbed him with a series of personal insults.”

“Sadiq Khan’s latest outburst that President Trump is ‘not welcome’ in London is well beyond his pay grade and flies in the face of common courtesy,” Kureten added.  “It is also hypocritical: he is willing to host the ambassadors of countries which have a travel ban on Israeli citizens at a reception at City Hall, but hurls insults at President Trump who has highlighted the horrors of Islamism and wants to protect his own citizens from violent jihadis.”

“His so-called drive to be ‘inclusive’ is a sham,” he continued.  “He has snubbed the democratically elected President of the United States and the American people who voted for him, and London will be worse off for the continuing deterioration of his tone.”

He’s not only done that, but he’s demonstrated what a hypocrite he actually is in claiming to be tolerant and yet unwilling to receive a visit from the President of the united States.

However, Khan’s hypocrisy goes deeper than that.

Christine Douglass-Williams points out who Khan does feel comfortable around and what his own hypocritical lips voice.  She writes:

Of course Khan is playing the so-called “diversity” card, which has become synonymous with boosting Islamic supremacists; otherwise, you’re “Islamophobic.” Infidels must remain inferior in this view.

Here are some reasons why Khan is shivering in his boots at the thought of anyone actually accepting Donald Trump, and so is fervently resisting Trump’s visit to the UK:

She then quite poignantly adds, “Khan has no place being the Mayor of London.”

I agree, but sadly, the people of London have bought into the Muslim taqiyya in full and it is only a matter of time until they truly feel the force of sharia on the back of their necks… literally.