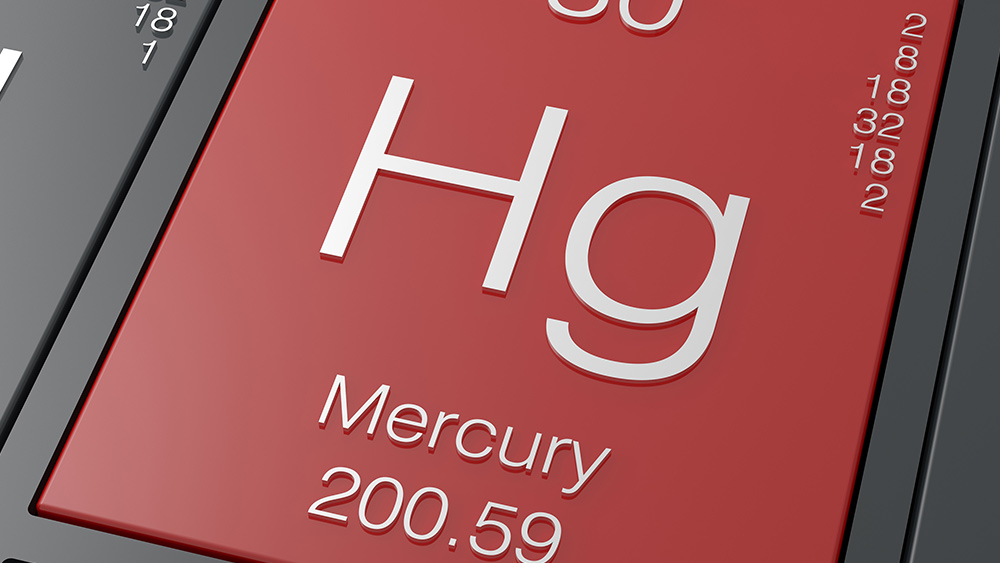 (Natural News) As some people continue to deny that there is a link between autism spectrum disorder and mercury, a pair of new studies have now been added to the growing pile of evidence illustrating just how wrong they are.

The research involved meta-analysis of studies investigating the link between mercury and autism spectrum disorder that were carried out over the past 12 years. This type of study is highly advantageous as it allows researchers to consolidate vast piles of research, which can often be complex and even conflicting.

The first meta-analysis, which was carried out by researchers from the Shahrekord University of Medical Sciences in Iran, was focused specifically on mercury. The second one, which was conducted by Tehran University of Medical Sciences researchers, looked at mercury as well as other heavy metals like lead. In both cases, cutting-edge statistical techniques were used to yield unbiased results.

These meta-analyses investigated the mercury levels in various types of specimens, including hair, urine, whole blood, and red blood cells, with the first one also exploring brain tissue. In both studies, a significantly higher concentration of mercury was found in the red blood cells belonging to people with autism spectrum disorder compared to healthy controls. The first one also noted higher levels of mercury in whole blood taken from patients with autism spectrum disorder.

Mercury is a very powerful neurotoxin that can lead to negative effects even in small amounts. Most people are exposed to mercury either via methylmercury in fish or ethylmercury, which can be found in the controversial vaccine preservative thimerosal.

According to the Agency for Toxic Substances and Disease Registry, fetuses and small children are especially vulnerable to the negative effects of mercury, which include mental retardation, blindness, brain damages, seizures, incoordination, and an inability to speak.

This leads one to wonder why public health officials continue to push annual flu shots on the masses. Many of these shots contain mercury-laden thimerosal. In fact, guidelines for the flu vaccine say that all kids aged six months or older need the shot. These vaccines are also routinely pushed on pregnant women and those who might become pregnant – precisely the groups of people who should be going nowhere near anything that contains even the tiniest amount of mercury!

Mercury is capable of crossing the blood-brain barrier, and it is believed to raise the risk of neurodevelopmental disorders like tics, attention-deficit/hyperactivity disorder, and speech delays in addition to autism spectrum disorder.

Scientists have long known about the link between the mercury in childhood vaccinescontaining thimerosal and autism. A 2004 study, for example, found a close correlation between the prevalence of autism and mercury doses in MMR vaccines from the late 1980s up through the mid-‘90s. The authors of that study, which was published in the peer-reviewed Medical Science Monitor, recommended that all vaccines stop using thimerosal.

It’s interesting to note that studies have also shown a strong correlation between mercury fillings in mothers and their children’s risk of being diagnosed with autism spectrum disorders. For example, an Egyptian study published in the Metabolic Brain Diseasejournal found such a connection, in addition to the finding that kids who had autism spectrum disorder also had high biomarkers for mercury and lead compared to their healthy siblings and healthy controls.

Of course, you won’t hear about these studies in the mainstream media. It’s not a coincidence that so many of these studies are taking place outside of the U.S. and UK. Several American studies have made similar findings, but Big Pharma is a formidable opponent doing everything in its power to suppress them.