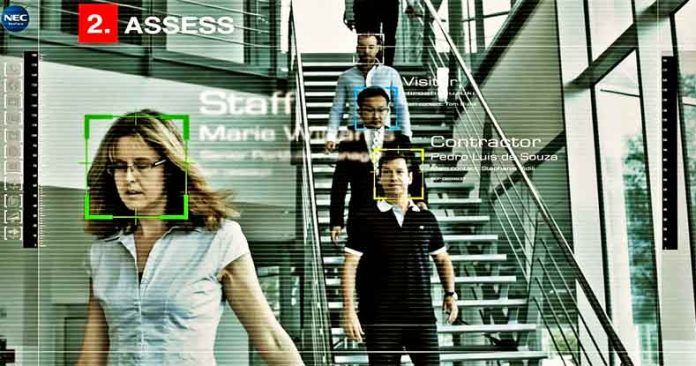 As TSA agents continue to prove their incompetence in the “War on Terror,” the Department of Homeland Security is now allocating $1 billion in taxpayer funding to create a facial recognition program that will illegally scan Americans’ faces.

A study conducted by Georgetown Law’s Center for Privacy and Technology looked at the biometric scanners that are creating an inventory of the faces of individuals leaving the country at airports across the United States. While they are only at certain major airports right now, the full implementation of these scanners could cost Americans up to $1 billion.

The study noted that while the “9/11 Response and Biometric Exit Account” created by Congress has the funds for the program, “neither Congress nor DHS has ever justified the need for the program.”

In addition to the fact that Congress has never provided a reason why the system is needed in the U.S., the study claimed that DHS has “repeatedly questioned ‘the additional value biometric air exit would provide’ compared with the status quo and the ‘overall value and cost of a biometric air exit capability,’ even as it has worked to build it.”

Not only is a government agency pouring $1 billion into a program to increase the country’s security measures even though it lacks full confidence, and has no evidence that the program it is implementing will do so, there is also the fact that the program requires Americans to give up their civil liberties, and it has never been explicitly authorized by the government. As the researchers from Georgetown Law noted:

“DHS’ biometric exit program also stands on shaky legal ground. Congress has repeatedly ordered the collection of biometrics from foreign nationals at the border, but has never clearly authorized the border collection of biometrics from American citizens using face recognition technology. Without explicit authorization, DHS should not be scanning the faces of Americans as they depart on international flights—but DHS is doing it anyway. DHS also is failing to comply with a federal law requiring it to conduct a rulemaking process to implement the airport face scanning program—a process that DHS has not even started.”

The study also found that the biometric scanners used by DHS are not reliable, and often make mistakes. In fact, “according to DHS’ own data, DHS’ face recognition systems erroneously reject as many as 1 in 25 travelers using valid credentials.” This means that at the country’s busiest airports, more than 1,500 travelers could be wrongfully denied boarding in a single day.

As The Free Thought Project has reported, while the biometric scanners are currently located at the major airports in Boston, Chicago, Houston, Atlanta, New York City and the District of Columbia, DHS has made it clear that they plan to roll this program out nationwide by January 2018.

Sens. Ed Markey, a Democrat from Massachusetts, and Mike Lee, a Republican from Utah, criticized the privacy implications, and called for Homeland Security to halt the facial recognition scanning program in a letter to DHS Secretary Kirstjen Nielson:

“We request that DHS stop the expansion of this program, and provide Congress with its explicit statutory authority to use and expand a biometric exit program on U.S. citizens. If there is no specific authorization, then we request an explanation for why DHS believes it has the authority to proceed without congressional approval. Additionally, we ask that you address a number of our privacy concerns with the program.”

Markey told The Hill that DHS should never have started testing and implementing the biometric scanners without first receiving congressional approval, and the United States Congress should take the time to weigh the implications of the program before handing the department a blank check.

“When American citizens travel by air internationally, they should not have to choose between privacy and security,” Markey said. “The implementation of the Department of Homeland Security’s facial recognition scanning program for passengers leaving the country raises a number of concerns around accuracy, transparency and basic necessity.”