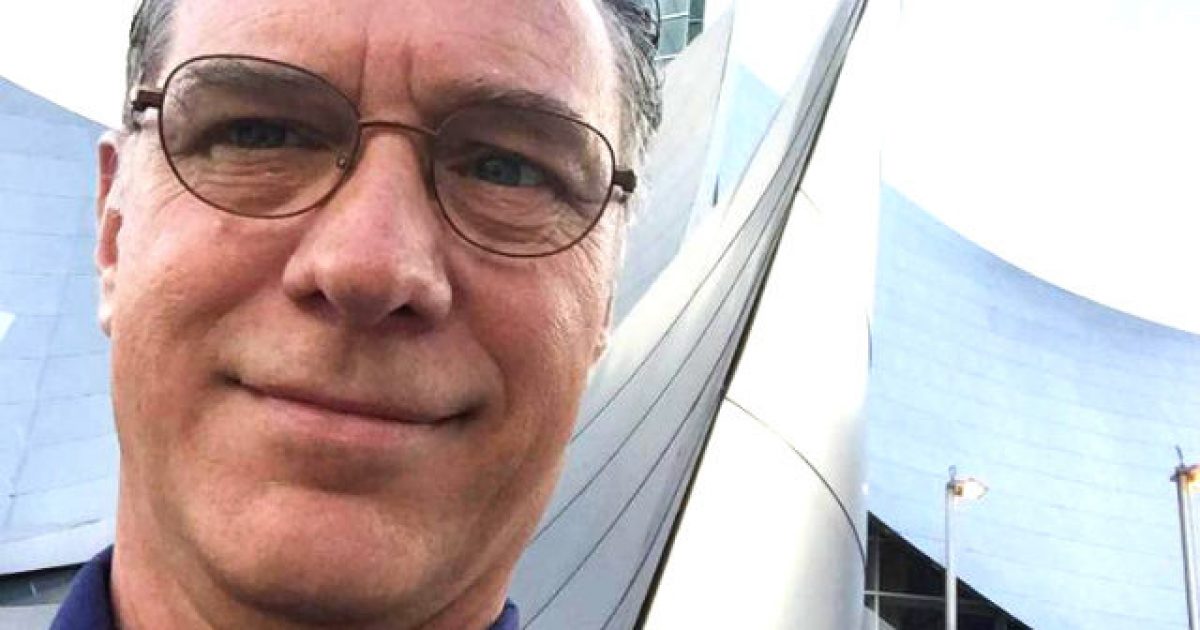 Somehow, I don’t think this was Walt Disney

‘s vision of “The Happiest Place on Earth.”

Heely, 58, of Santa Clarita, is accused of sexually abusing two underage girls approximately a decade ago. He allegedly victimized the first girl when she was 15. According to the charges, he began abusing the second when she was about 11 years old and continued until she was 15.

In a statement, a Disney spokesman said the company suspended Heely late on Friday, after being informed of the charges.

“Immediately upon learning of this situation tonight, he has been suspended without pay until the matter is resolved by the courts,” the spokesman said.

Heely was arrested on Nov. 16 by deputies from the Santa Clarita station of the L.A. County Sheriff’s Department. Booking records indicate he was later released on $150,000 bail.

On Wednesday, prosecutors charged him with three counts of lewd and lascivious acts on a child. Heely pleaded not guilty at his arraignment at the San Fernando courthouse on Thursday. He is due back in court on Jan. 10. If convicted, he faces up to nine years and three months in prison.

“He vehemently denies these allegations and we will be fighting until the end to clear his name,” Heely’s attorney, Robert Helfend said, denying all the charges against him. “It’s a shame, that’s all I’ve got to say.”

Heely, who has been with Disney since 1981, and oversees licensing of music from Disney films, produced a series of Disney concerts around the world.

Interestingly, his Twitter bio reads, “Disney Concerts and living to glorify God in all things.”

Breitbart adds, “The charges will raise further questions about Disney’s knowledge of the allegations, a week after it was revealed that Pixar co-founder John Lasseter had been assigned a “handler to ensure he would not engage in inappropriate conduct with women.” He has since taken a six-month leave of absence.”

Heely could face up to 9 and three months in prison if convicted.  His scheduled court date is January 10, 2018.

While Mr. Heely has not been convicted of a crime, Disney does have quite a history when it comes to children and sex.

A letter from Long Islan attorney Paul A. Lauto, Esq. penned a letter back in 2014 about an ongoing operation to bust child sex rings that was being conducted since 2006 on theme parks in Florida.  Here’s what he wrote:

A CNN investigation has reported that an ongoing operation since 2006, has resulted in multiple arrests and convictions of popular theme park employees for various child pornography/sex sting related crimes.  Arrests reportedly include 35 employees of Disney World, 5 employees of Universal Studios and  2 employees of Sea World.  Although none of the charges involved children while visiting the theme parks, some were arrested for possessing child pornography on theme park grounds and others were arrested trying to meet minors for sex outside of work in undercover sting operations.

Many people understandably find the release of this information to be alarming and put into question theme park hiring practices and background checks.  However, Disney maintains that their hiring process is an extensive multi-layered process that is ongoing.  Further, that the reported statistics represent a fraction of one percent of the employees hired over the reported time period.  Unfortunately, as stated by Polk County Sheriff Grady Judd, “Wherever you find children, you will find sexual predators that want to be there.”

Ernie Allen, the president of the International Centre For Missing And Exploited Children, said that these arrests “should signal to all of us that this is a real threat.”  When Allen was questioned as to whether or not he thought Disney was doing enough to protect against this threat, he stated that “It’s hard to imagine any company that’s done more, that cares more, that’s trying harder on these issues… .”

“Wherever you find children, you’ll find sexual predators that want to be there,” Polk County Sheriff Grady Judd pointed out, and he’s right.

Look at what Disney promotes.

It openly promotes homosexuality with its “Gay Days.”

They have pushed to make comic book hero Captain America a sodomite.

They have promoted foul-mouthed sodomite Dan Savage and tried to give him his own TV show, “Family of the Year.”

Disney is also part of the corporate conglomerate that controls what is put on television and radio.  As Daisy Luther has pointed out:

Although there are thousands of news stations across the country, nearly all of them are owned by six corporations. In the 80s, the stations were dispersed through about 50 different companies – not a lot but a far more diverse sampling than you have now that your news is filtered through the lenses of billionaire corporations.

So, basically, everything we hear on the news is controlled by these six companies:

Whatever their opinions are, those are the biases from which your news will be presented.

Beware the deceptive nature of what seems innocent, but behind the scenes are devils ready to steal your children’s innocence.