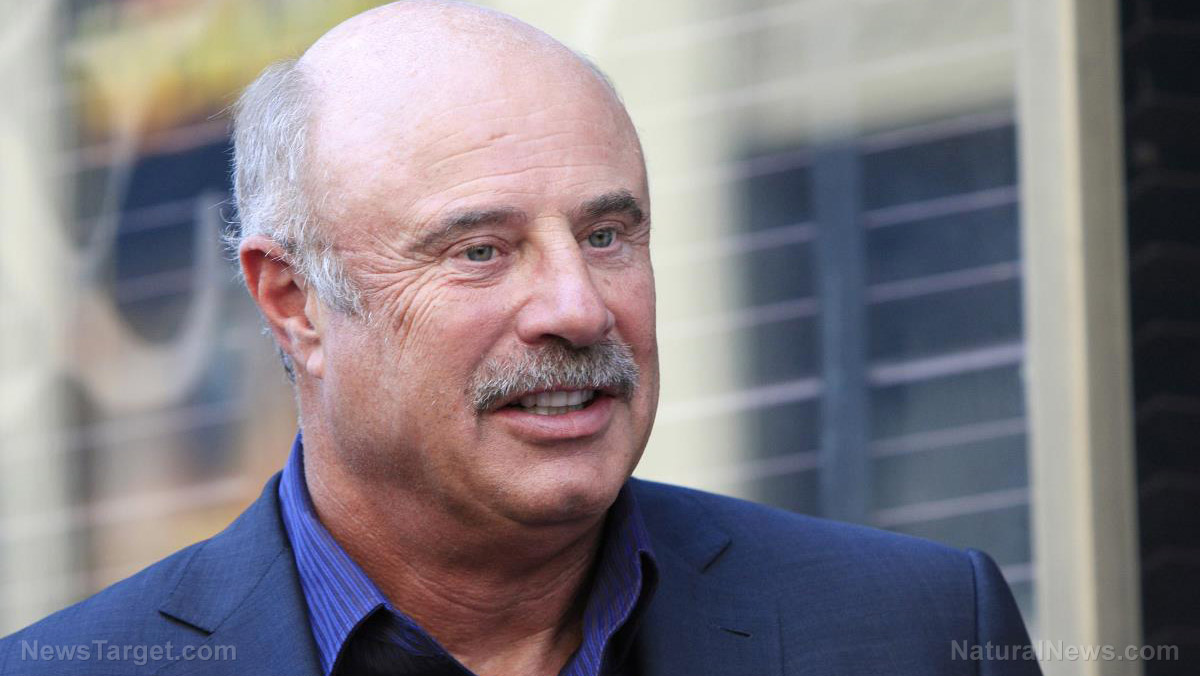 (Natural News) The list of celebrities in the doghouse continues to grow — and the latest offender is the infamous reality TV show host, Dr. Phil. The show, and others like it, have often come under fire for seemingly exploiting the plight of their guests, but reports now claim Dr. Phil and his team were taking things way further than anyone could have imagined.

As if it wasn’t bad enough to capitalize on the real pain the people who appeared on his show were experiencing, former guests say that Dr. Phil and his producers were doling out drugs and alcohol, in a sick bid to make the show more entertaining. The television psychologist has also been accused of trying to “play up” addiction to boost ratings.

The “Dr. Phil” team continues to maintain their innocence, essentially declaring that the allegations aren’t justified.

Reporters at The Boston Globe and STAT are heading up the investigation on the show’s guests and their shocking allegations, according to The Daily Wire.

Dr. Phil McGraw may be a television psychologist who claims to help people, but it seems like he may have been more interested in helping himself (and his show) first.

One guest, Todd Herzog, recalled his 2013 appearance on Dr. Phil’s television show. By the time he was expected to be on stage, Herzog was so intoxicated that he needed to be carried on-set.

Dr. Phil said to the cameras, “I’ve never talked to a guest who was closer to death.”

But what the cameras didn’t show was what happened backstage, before Herzog went live. According to the young man, who was struggling with alcoholism after winning the acclaimed reality TV show Survivor in 2007,  he was not drunk when she showed up to the studio. Sources say that Herzog’s father confirmed his son was sober when they arrived.

Backstage at the Los Angeles studio, Herzog says he found a bottle of Smirnoff vodka in his dressing room. He claims further that after he polished off the bottle of vodka, someone also gave him a Xanax to “calm his nerves.”

While Dr. Phil has denied these claims, Herzog isn’t the only one to speak out. Even some of the show’s employees have spoken openly about their concerns. In one instance, a former employee gave a deposition after one guest attempted suicide following their appearance on the show.

Other guests and their family members have voiced concerns about the way they are treated — particularly in the days leading up to the show. As STAT reports, the show’s guests are left to fend for themselves, waiting for the scheduled tapings for up to 48 hours in a hotel room — a brutal length of time for someone who’s detoxing. In many instances, guests may begin looking for a way to score.

One guest bought heroin with the knowledge and support of show staff, according to a family member. Another guest, who was pregnant, was filmed by a show staffer while searching for a dealer on Skid Row in L.A.

While the “Dr. Phil” show has been quick to deny their accountability, the fact is that many experts feel the show amounts to nothing more than a disgusting display of exploitation. [Related: Read more stories about current celebrity scandals at CelebrityReputation.com.]

Dr. Jeff Sugar, assistant professor of clinical psychiatry at the University of Southern California, commented, “These people are barely hanging on. It’s like if one of them was drowning and approaching a lifeboat, and instead of throwing them an inflatable doughnut, you throw them an anchor.”

When it comes to Hollywood, it seems that no bridge is too far — and no amount of exploitation is too much. The list of wealthy businessmen and celebrities coming under firefor bad behavior just continues to grow. Whether it’s abusing women, exploiting children or taking advantage of sick people, there is no shortage of reasons to be concerned about the direction this world is headed.