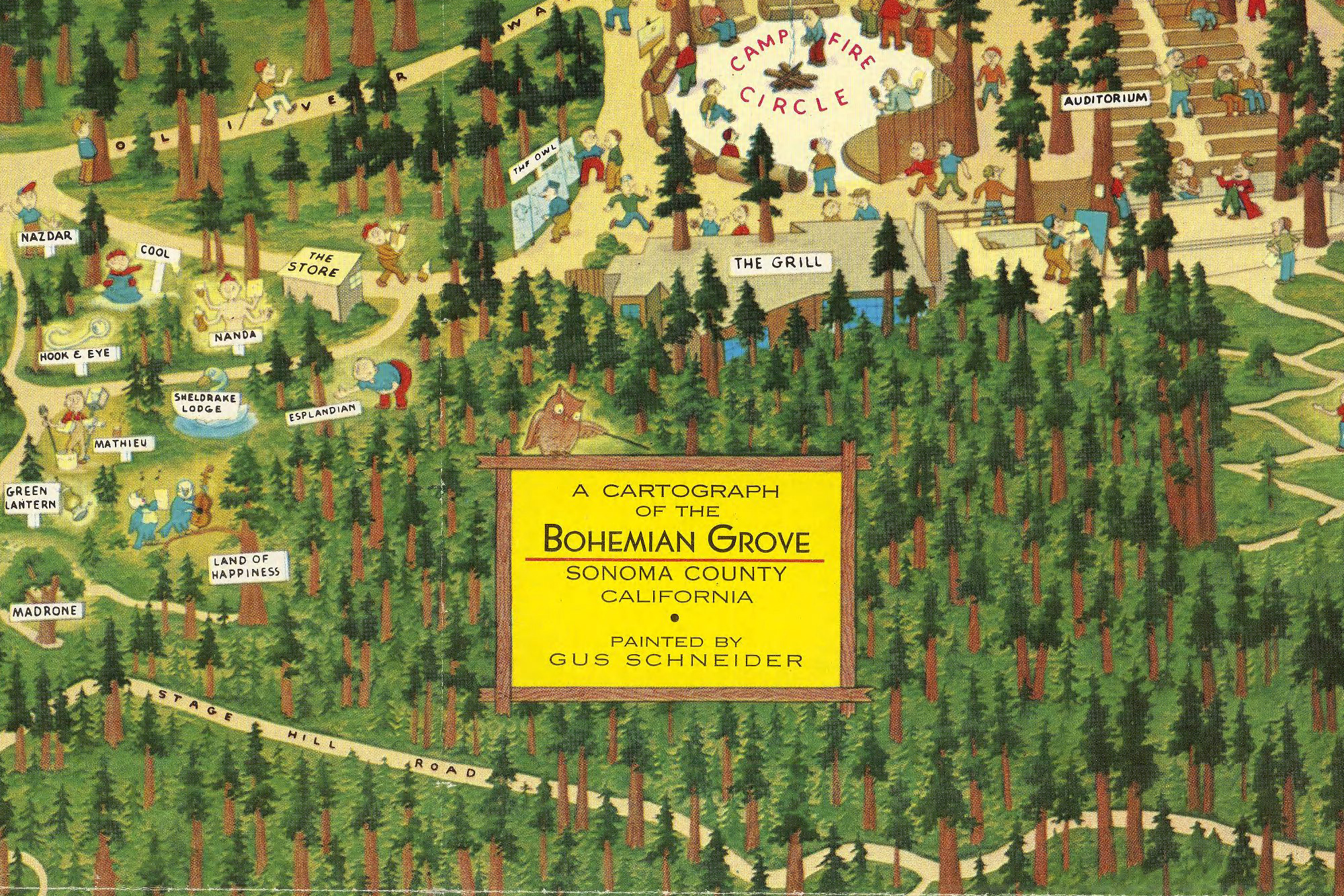 Bohemian Grove is a 2,700-acre campground in Monte Rio in northern California, belonging to the Bohemian Club — a private San Francisco-based men’s club. In mid-July each year, Bohemian Grove hosts a more than two-week encampment of some of the most prominent men in the world, including U.S. presidents and politicians.

The mid-summer encampment includes a ritual, first begun in 1881, called “Cremation of Care” in front of a 30-foot owl statue that Alex Jones identified as Moloch.

“The Bohemian Grove that I attend from time to time . . . is the most faggy goddamn thing you could ever imagine . . . it’s just terrible.”

Now, a revealed blind item on the Hollywood gossip blog, Crazy Days and Nights, confirms what Nixon said about the Bohemian Grove.

Crazy Days and Nights‘ blogger calls himself “Ent Lawyer” (Ent=Entertainment), who has a track record of accuracy. The Daily Beast describes Ent Lawyer as:

“. . . calling out many of Hollywood’s now-ostracized sexually misbehaving elite, sometimes years in advance of the mainstream media.

‘If you had been reading @entylawyer, you’d have known about Matt Lauer. And Harvey [Weinstein]. And Kevin Spacey. Just saying,’ tweeted New York professional Sara Zucker. Or as investigative journalist Mark Ebner (one of only 20 people who knows the blogger’s real-life identity) observes, ‘Enty Lawyer is like the anti-Perez Hilton. In my opinion, that’s what makes him so impressive, is that no one knows who he is, and he’s being proven right again and again. That’s like legendary shit.’”

I know there are some of you who want to know more about the Bohemian Grove parties. As promised to someone on Twitter, I asked a guy I know who gave me the Kevin Spacey item and goes every year to give me some scoop. Apparently in the very early 80’s, there were two politicians who were at the event one year. They each had sex multiple times with one of the male workers. He was a college student who was HIV+ but didn’t know it. These were early days. Both of the politicians contracted HIV and then AIDS. One died within a couple of years. The other managed to live for quite some time, but did die of AIDS related complications. The crazy thing was the latter politician had basically been thrown out of politics by that point so I’m not sure why he was still being invited.

Ent Lawyer identified John [sic] Clifton Hinson and Stewart McKinney as the two politicians who got HIV/AIDS from a male worker at the Bohemian Grove.

Stewart Brett McKinney (January 30, 1931 – May 7, 1987) was an American [Republican] politician who represented the Fourth congressional district of Connecticut in the House of Representatives from 1971 until his death from AIDS in Washington, D.C.in 1987. […]

His physician speculated that McKinney became infected with HIV in 1979 as the result of blood transfusions during heart surgery. McKinney was known by friends to be bisexual, though his family said this was not the case, which raised the issue of how he had contracted the disease. […] Arnold Denson, the man with whom McKinney had been living in Washington, and to whom McKinney left property in his will, said that he had been McKinney’s lover, and that he believed McKinney was already infected when Denson met him.