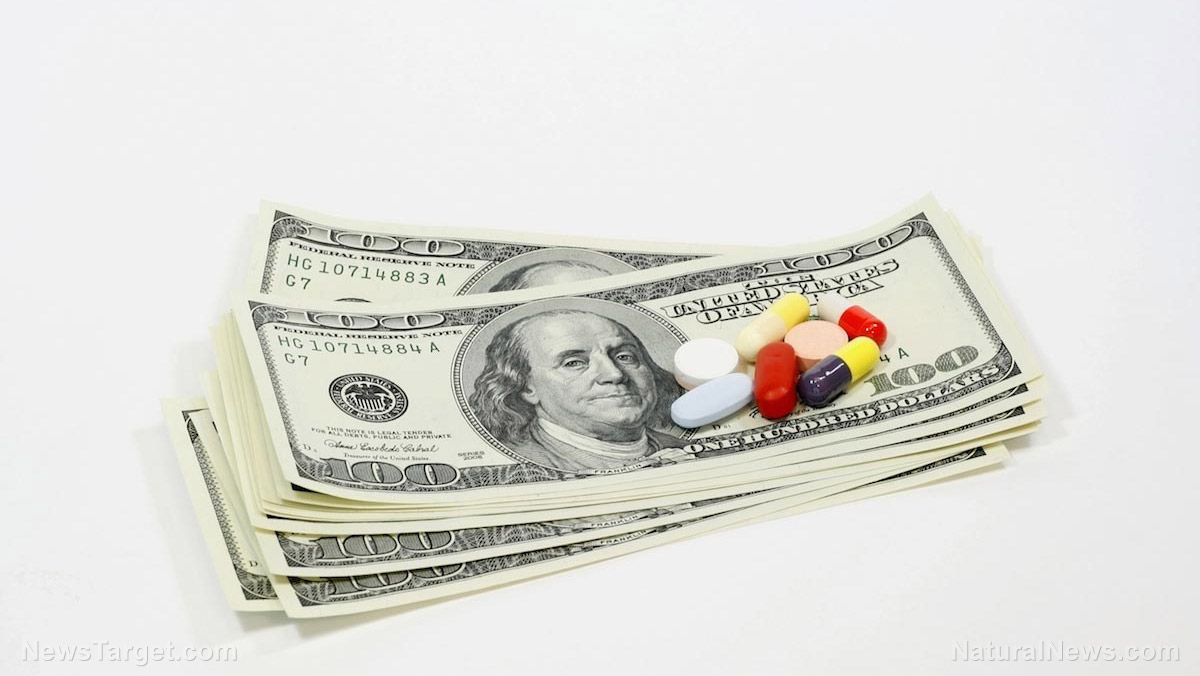 (Natural News) President Donald J. Trump campaigned, in part, on a pledge to pursue policies that would end the nightmare trend of skyrocketing costs for medications across America, and the latest data on Big Pharma’s revenue stream proves once again that this is a promise he really needs to keep.

In October, the president heavily criticized drug prices and Big Pharma in general, while suggesting he was preparing to take policy actions aimed at bringing down drug prices.

“We are going to get prescription drug prices way down because the world is taking advantage of us,” he said during a press conference, noting that often, some of the same drugs sold outside of the U.S. cost a fraction of what Americans have to pay.

“The same exact pill from the same company, same box, same everything, is a tiny fraction of what it costs in the United States,” he said.

Earlier the same day, The Hill reported, Trump told his Cabinet that drug companies were “frankly getting away with murder,” which he used on a campaign trail.

Last summer, administration officials floated the notion that Trump could issue an executive order clearing away regulatory barriers that companies blame for raising drug costs. (Related: US drug prices spike due to the profiteering monopoly granted to Big Pharma by the corrupt US government.)

But what about the middlemen who are helping to drive up costs? Like most Americans, you didn’t know about them, did you?

The complicated pharmaceutical supply chain in the United States means middlemen — such as pharmacy benefit managers (PBM) and, in some cases, hospitals and doctors’ offices — can gain financially by choosing more expensive drugs. That’s because PBMs usually get a rebate from the drugmakers on top of whatever profit they get from selling or administering the drug.

Those rebates often are based on a percentage of the list, or wholesale, price. So, the middlemen who get the rebates take in more money when drugmakers raise those sticker prices.

So, who pockets the rebates? PBM firms, of course — companies whose job it is to ‘oversee’ drug benefits for millions of Americans. They share all or part of the rebates with insurers or those who hire them. And in some cases, Kaiser Health noted, “the rebates go directly to specialty pharmacies, medical clinics or physicians dispensing the treatments” — some of the very same people and firms who are already benefiting from sky-high drug prices.

Who doesn’t get the rebates? You guessed it: Patients.

There are other ways these rebates skewer the pharmaceutical market: They make it more difficult for some drug makers to offer new treatments, or they can block less expensive rival products from being developed or used.

For instance, if insurers wanted to add lower-cost drugs as a preferred alternative to a high-cost drug, the rep from the firm making the higher-cost medication would come calling on the insurer in no time, threatening to end future rebate payments.

How’s that for a scandal?

It gets worse. Kaiser Health noted that PBMs do not disclose rebates provided to their clients, but available data suggest it’s an incredibly large amount of money per year:

The Berkeley Research Group, a consulting firm that advises major employers, said that rebates and other discounts paid to insurers, PBMs and the U.S. government for brand-name drugs grew from $67 billion in 2013 to $106 billion in 2015.

This is having a tangible, negative effect on real people, say health experts. Like, it’s causing people to do without care and medications because they can’t afford them.

“Seeing a patient give up needed medication or not be able to pay for food or housing because of high drug costs is devastating,” said Marvin M. Lipman, M.D., chief medical advisor for Consumer Reports. “And while it’s not always possible to limit those costs, often it is.”

Drug prices are not expected to fall in 2018 at all and, in fact, will continue rising unless Congress and the administration acts.