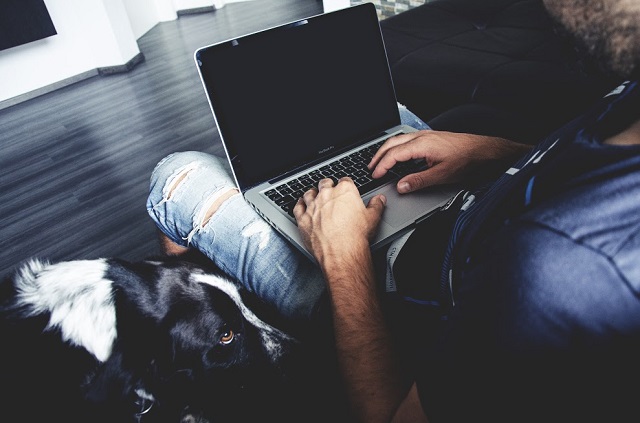 The Attorney General’s Office claims Feigin’s Facebook posts were “meant to annoy and harass” through “repeated contact by means of an electronic communication device” in violation of Cal. Penal Code § 653m(b) and should therefor not be protected by the First Amendment.

As Reason reports, Feigin wrote on September 17 and 25:

– “THE TERROR HIKE … SOUNDS LIKE FUN” (written in response to the Center’s “Sunset Hike” announcement).

– “THE MORE MUSLIMS WE ALLOW INTO AMERICA THE MORE TERROR WE WILL SEE.”

– “PRACTICING ISLAM CAN SLOW OR EVEN REVERSE THE PROCESS OF HUMAN EVOLUTION.”

– “Islam is dangerous – fact: the more muslim savages we allow into america – the more terror we will see -this is a fact which is undeniable.”

– “Filthy muslim shit has no place in western civilization.” The posts, the California AG’s office argues, were “were made with the specific intent to annoy and harass the members of the ICSC,” because Feigin “was not trying to engage in any kind of political discussion but instead trying to vex members of the ICSC with his thoughts about their religion.” The posts are criminal because they constitute “repeated harassment from those who wish to mock and disparage their religion,” and, “[r]ather than attempt to engage in discussion or debate,” are “cruel and pointedly aimed at dismissing an entire religion and those who practice it.”

What could be more “intolerable” than for [the] ICSC Communications Director … to check the ICSC’s Facebook page and discover that someone has written “PRACTICING ISLAM CAN SLOW OR EVEN REVERSE THE PROCESS OF HUMAN EVOLUTION” as the Defendant in this case did …. Or how about … “Filthy muslim shit has no place in western civilization.” This is exactly the kind of repeated, annoying, and harassing electronic communication that PC 653m(b) is meant to deter. Protected speech? Political speech? Defendant’s posts on the ICSC Facebook page are neither of those things.

And the government’s argument makes clear that it’s going after Feigin for the content — indeed the viewpoint — of his speech: “The mere content and nature of the posts establish that they are not made in ‘good faith’ as Defendant would suggest but are meant to annoy and harass.” “Defendant is not seeking understanding or guidance, instead he is posting in order to annoy and harass those who have beliefs with which he vehemently abhors.” The Facebook’s page public accessibility “does not translate into requiring ICSC or its members to sustain repeated harassment from those who wish to mock and disparage their religion.” “Rather than attempt to engage in discussion or debate, Defendant’s posts are cruel and pointedly aimed at dismissing an entire religion and those who practice it.” Nor is the government’s argument limited to vulgar epithets (“Filthy muslim shit”), though even those epithets are constitutionally protected when said outside the context of face-to-face “fighting words”; it applies just as much to the nonvulgar criticisms.

California Attorney General Xavier Becerra, the son of Mexican immigrants, is working to lead The Resistance™ in California against President Donald Trump. His attack on free speech is consistent with the will of the majority of “new Californians” who want to repeal the First Amendment, according to a recent poll. As a reminder, California used to be a Republican state before mass immigration transformed it into a Democratic cesspool where intentionally infecting people with HIV carries the same penalty as criticizing Muslims on Facebook.

California is the future for America if we don’t change course.