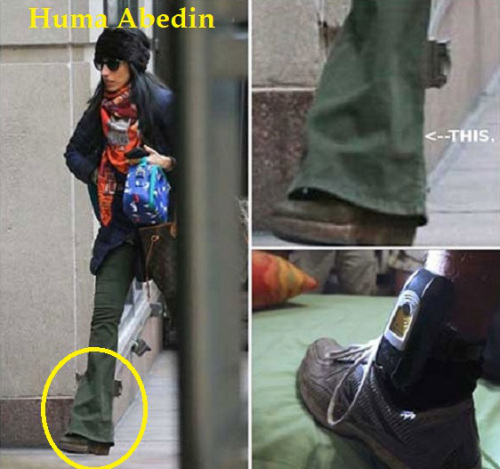 The Following Post first appeared at Fellowship of the Minds

On the afternoon of December 29, 2017, thanks to a FOIA lawsuit by Judicial Watch, the State Department released 2,800 work-related emails of top Hillary Clinton aide Huma Abedin, which the FBI had found in a laptop of Abedin’s estranged husband and convicted pedophile Anthony Weiner. The FBI redacted large portions of the emails before releasing them to the public.

The Daily Mail reports that an initial review of the 2,800 documents dumped by the State Department reveal at least 5 emails classified at the ‘confidential level,’ the third most sensitive level the U.S. government uses. And yet the emails are in Weiner’s laptop although, as a civilian and former Congressman, Weiner does not have the proper clearance to view or store classified documents on his laptop.

Zero Hedge reports that on December 29, Huma Abedin was seen heading into the Hillary Clinton offices in midtown Manhattan just a few hours before the FBI released the 2,800 emails. She was wearing long, bell-bottom pants.

A sharp-eyed netizen spotted some very interesting wrinkles the size and shape of an ankle monitor in Abedin’s right pant leg:

Since when do pant wrinkles have a right angle? (I painted the yellow dots to better show the right-angle “wrinkle”)

Meanwhile, as the noose tightens on Huma Abedin, two of her cousins had been arrested: