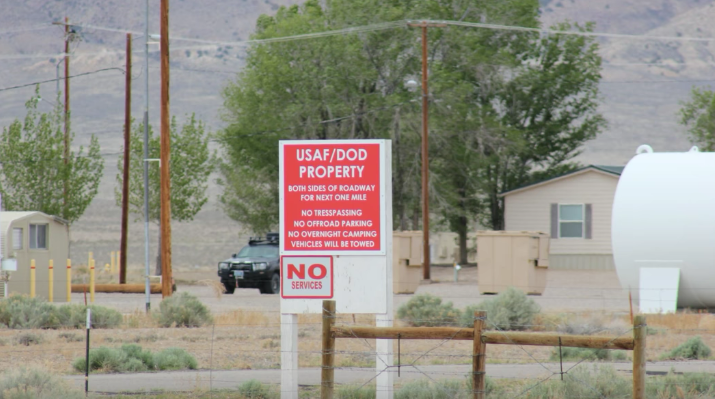 “Base Camp” was taken over by the U.S. Air Force in the early-1990’s and is still used to this day

HOT CREEK VALLEY, Nev. (INTELLIHUB) — The U.S. Air Force took over a Department of Energy facility known as “Base Camp” in the early-1990’s and has conducted covert operations there along with the Central Intelligence Agency ever since.

The facility is hidden in plain sight and has no air traffic control tower which seems rather odd. The runway is marked ‘closed’ and has a ‘yellow X’ painted at each end despite the fact that a few personnel and aircraft can often be seen at the site.

The airstrip at Base Camp is 72 miles away from the Groom Lake facility, a.k.a. Area 51, and the airstrip runs almost exactly in line with the main runway at Groom Lake. Such a commonality leads some to believe that the strip may also serve as some type of emergency landing area in case a craft that departed Area 51 were to encounter some type of problem and needs to land. Other speculate that the base may be used for some sort of covert training or even something more sinister after several aircraft associated with the C.I.A. were spotted at the base.

Moreover, it’s also important to note that Base Camp is not located on an Indian Reservation like the Tonopah Test range.