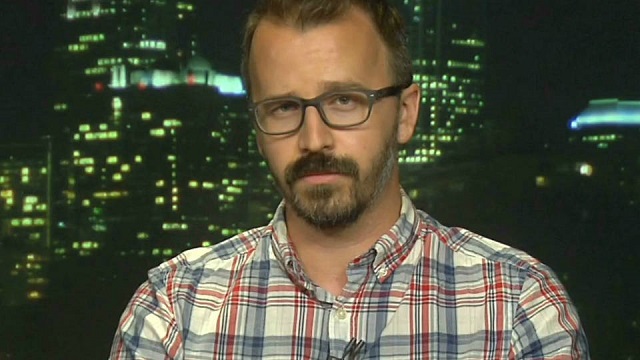 Former Drexel University professor George Ciccariello-Maher resigned from his position just days ago only to be hired by New York University as a visiting scholar at their Hemispheric Institute of Performance and Politics.

Ciccariello-Maher wrote Monday on Facebook: “I’m glad to announce that, starting today, I will be a Visiting Scholar at NYU’s Hemispheric Institute of Performance and Politics. Happy New Year!”

George Ciccariello-Maher made headlines last year after tweeting, “All I Want For Christmas is White Genocide.”

In a follow-up tweet, he “clarified” his statement by saying the brutal massacre of white men, women, children and babies during the Haitian revolution “was a good thing indeed.”

For reference, it was “standard” during the Haitian revolution for Haitian rebels to “carr[y] a pike with the carcass of an impaled white baby.”

Ciccariello-Maher decided to play the victim during an interview on CNN last week and claim his Christmas genocide tweet was only a joke.

He said the tweet was a joke, a “satirical jab at a certain paranoid racist fantasy and that white genocide does not exist.”

CNN failed to fact check his statement and went along with portraying him as the victim.

NYU president Andrew D. Hamilton undoubtedly saw his statements advocating for white genocide. Evidently, he figured such statements make him just the man for the job.