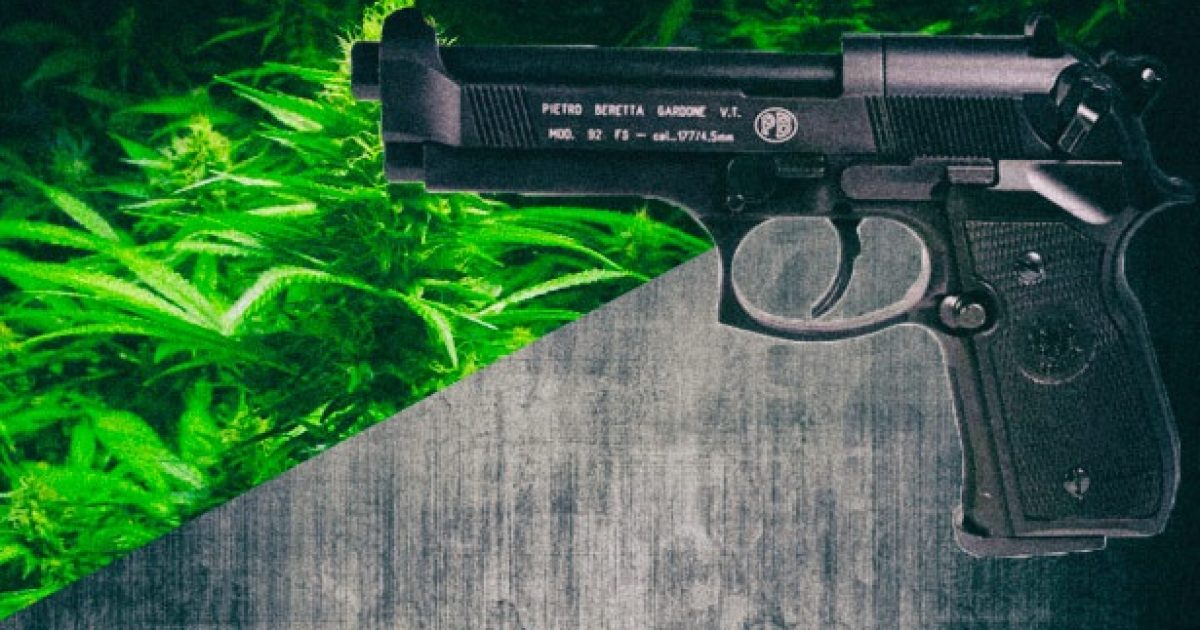 Back in November 2017, I reported that the State of Hawaii’s Honolulu Police Department issued an order for medical marijuana users to “surrender your firearms.”

They did this by pointing to federal law even though the State of Hawaii has legalized marijuana and local police are not to enforce federal law.

Now, it seems that the State Police in Pennsylvania is trying to do the same thing.

Seriously, do these cops even understand the Constitution or state law?  It appears not.

Under Pennsylvania state law, medical marijuana is legal and is no bar to gun ownership.

But under federal law, it’s illegal and could keep you from owning a firearm.

So the question is — will Pennsylvania state authorities, including the State Police, enforce the federal law over the state law?

Attorney Patrick Nightingale of Greenfield, who is a gun owner and recent applicant for medical marijuana, told the local CBS affiliate, “It disturbs me greatly to see the Pennsylvania State Police put on their website references to federal law while ignoring the fact that it is legal under Pennsylvania law.”

“Firearms are woven into the fabric of our country. It’s the second most important right in the Bill of Rights,” he said.  “The Pennsylvania State Police, the Pennsylvania attorney general’s office, or any of the local law enforcement departments throughout the Commonwealth of Pennsylvania have absolutely no jurisdiction to enforce federal law.”

He’s right.  According to our Constitution, the only lawful enforcers of the laws of the union are the militia.

We are told in Article 1, Section 8, Clause 15 that Congress possesses power:

“To provide for calling forth the Militia to execute the Laws of the Union, suppress Insurrections and repel Invasions;”

They do this under the direction of the chief executive law enforcer which is the president.

Federal law is actually the Second and Fifth Amendments which doesn’t allow for such willy-nilly infringement and violating of rights of people who have not been convicted of a crime.  Furthermore, all federal gun laws are clearly unconstitutional, as demonstrated here.

However, if someone has not been found guilty of violating the law, they do not lose life, liberty or property, according to the Fifth Amendment.

The Pennsylvania State Police, as well as the Honolulu Police, need a serious course in the Constitution, not case law, if they even get that kind of training.

The utter ignorance of these police departments when it comes to this issue and their willful desire to try and deprive people of their right to keep and bear arms for doing what is lawful in the state is criminal, in this author’s opinion, and I challenge anyone to show me in the Constitution differently, which you won’t be able to do.