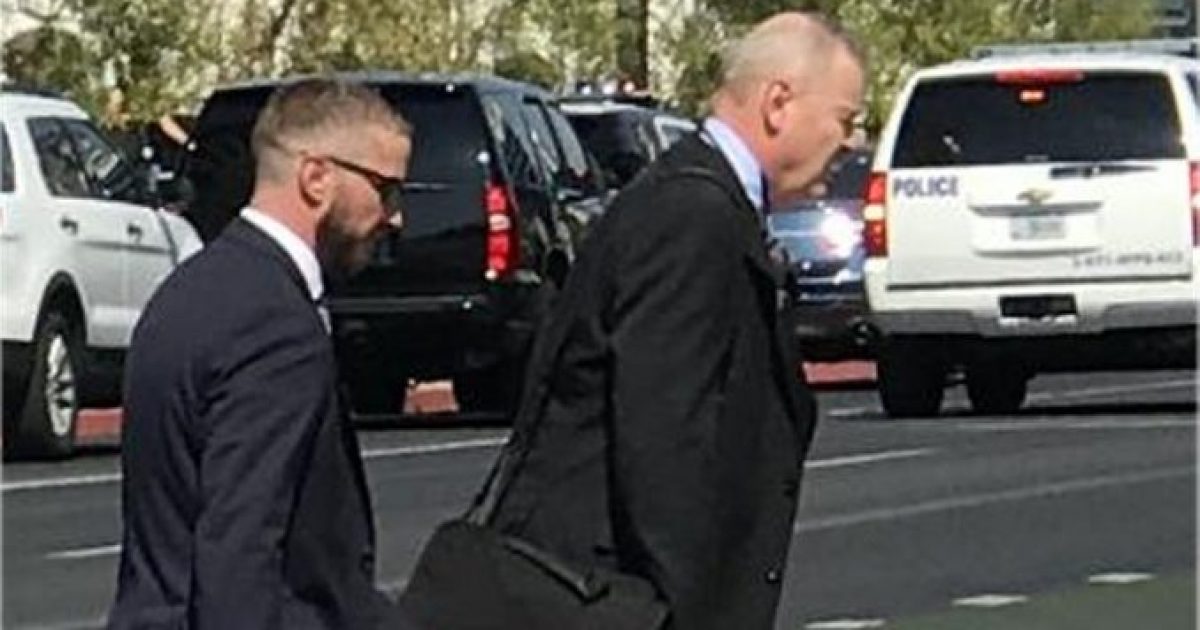 This is a start, but it’s just not good enough, Mr. Sessions!

On Wednesday, it was made official by the Department of Justice that Bundy Ranch standoff prosecutor Steven Myhre was demoted to his previous position as First Assistant US attorney.

That’s right, he was demoted for his violations of the law, not led away in handcuffs.

Taking his place will be Dayle Elieson, a Texas federal prosecutor.

Last year, Sessions heaped praise on Steven Myhre and his prosecution of the Bundy Ranch defendants.

“I’ve got to tell you, it’s impressive when you have a tough case, a controversial case, and you’ve got the top guy leading the battle, going to court, standing up and defending the office and the principles of the law,” Sessions said of Myhre.

“I’m not taking sides or commenting on the case,” Sessions added. “Just want to say that leadership requires, a lot of times, our people to step up and be accountable.”

Hmmm, about that accountability, Mr. Sessions.  Your former acting US attorney in Nevada committed multiple Brady violations and sought to rig the trial in his favoragainst patriots who were calling out the lawlessness of the DC government, and what did you do?  You let him keep a job in the office and got him out of the spotlight, but you failed to bring justice, something that you are supposed to be engaged in.

Myhre should have been arrested and charged for his crimes, along with others in his office, and anyone in the BLM, FBI or any other organization that conspired to engage in these crimes.

The move comes after Sessions said that he would be looking into the matterfollowing the mistrial.

I guess now, Sessions has egg on his face after Judge Gloria Navarro declared a mistrial in the latest round of Bundy Ranch trials because of the prosecution’s “willful” violations of the law and the rights fo the defendants.  And those were not his first.

By failing to bring justice against Steven Myhre, Attorney General Jeff Sessions is not aiding and abetting a criminal, who “willfully” violated his oath to the Constitution, broke federal law and violated the rights of innocent American citizens. I’m saying that just so everyone knows whose side Sessions is on here. More violations of the law by Steven Myhre are all on Jeff Sessions.

“United States Attorneys lead federal prosecutions across this country, taking deadly drugs and criminals off of our streets and protecting the safety of law-abiding people, as well as representing the United States in civil litigation.” said Attorney General Sessions.  “As a former U.S. Attorney myself, I have seen firsthand the impact that these prosecutors have and it is critical to have U.S. Attorneys in place during this time of rising violent crime, a staggering increase in homicides, and an unprecedented drug crisis.”

“That is why, today, I am appointing 17 current and former federal prosecutors to serve as U.S. Attorneys on an interim basis. Each has excellent prosecution skills and the temperament necessary to succeed in this critical role—and they have already proven that with a number of accomplishments on behalf of the American people. I want to thank them for stepping up to take this difficult but noble job.  I also want to thank those First Assistant United States Attorneys who temporarily stepped up to lead their offices as Acting U.S. Attorneys and who are now returning to their roles as First Assistants.”

The Attorney General has appointed the following individuals to serve as Interim United States Attorneys:

Following the mistrial based on Myhre’s violations of the law, he had the audacity to appeal to the court to retry the defendants.

Judge Navarro will make a ruling on January 8.