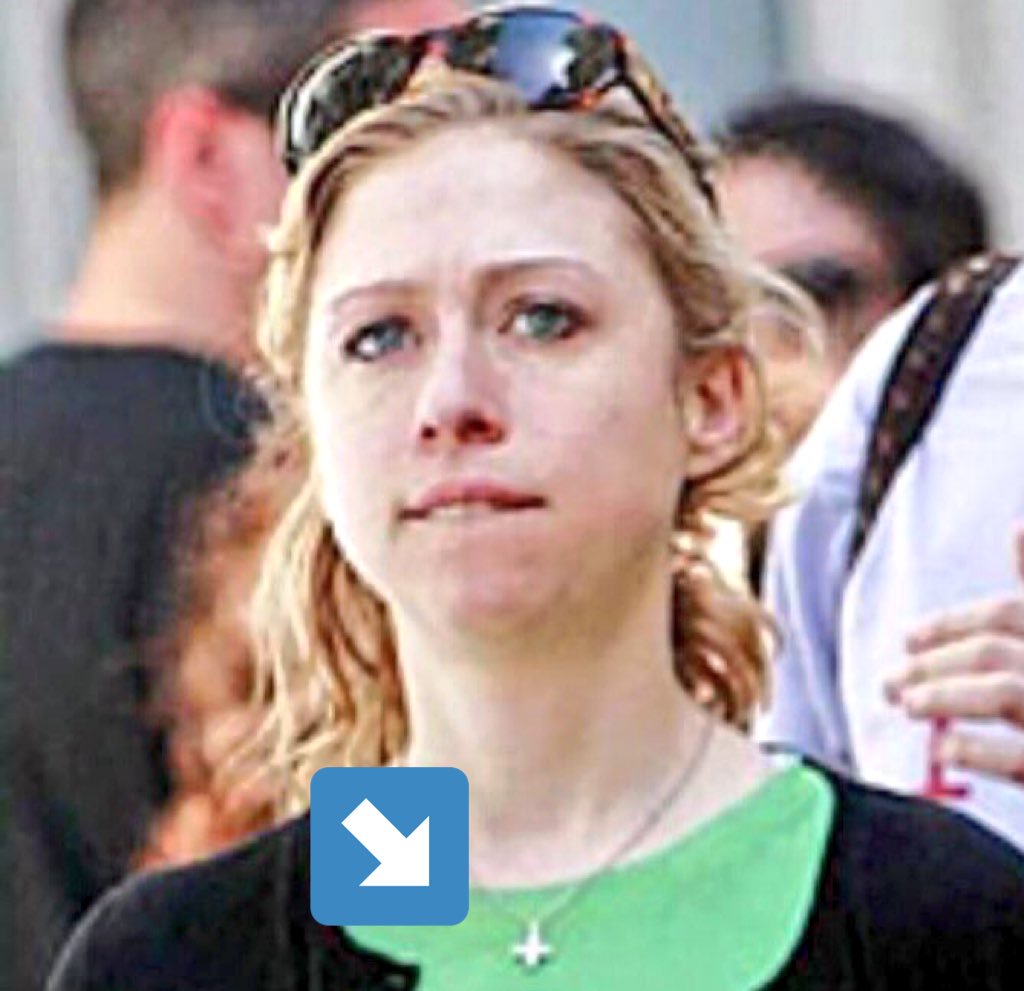 Last November, coming across blogs claiming that Chelsea Clinton had been seen wearing an upside-down cross necklace, I took pains to track down and examine images of her with the satanic jewelry.

I determined that the upside-down cross was an optical effect from the bail that attaches the cross to her chain necklace, only to have Chelsea herself shoot down my painstaking debunking when, on January 2, 2018, she tweeted “Happy New Year” to the Church of Satan.

That day, Chelsea tweeted actress Chrissy Teigen to offer comfort and solidarity when Teigen got in a Twitter storm over pizzagate. Responding to Teigen’s tweet,”what. is. happening. hi hooters!,” Chelsea tweeted:

An hour later, the Church of Satan chimed in:

To which Chelsea replied @ChurchofSatan:

The Church of Satan responded to Chelsea’s happy new year:

Chelsea has since deleted her “Happy New Year” tweet from her account, but it is archived here. Below is a screenshot of the exchange:

The next day, January 3, reacting to the news of her “Happy New Year” to the Church of Satan, Chelsea defended herself, saying that she was just being “civil, cheerful, respectful” to “people who don’t share our religious beliefs” — Satanists:

If Satan had a Twitter account, would Chelsea Clinton send “Happy New Year” and “Merry Christmas” wishes as well? After all, we can’t allow a mere difference of religious beliefs to stop us from being “civil, cheerful, and respectful” to the Devil, can we?

Then there’s anti-Trump actress Jennifer Lawrence who, on September 12, 2017 on the Tonight Show, wore a pair of upside-down cross earrings:

The screenshots of Lawrence were taken from this video: