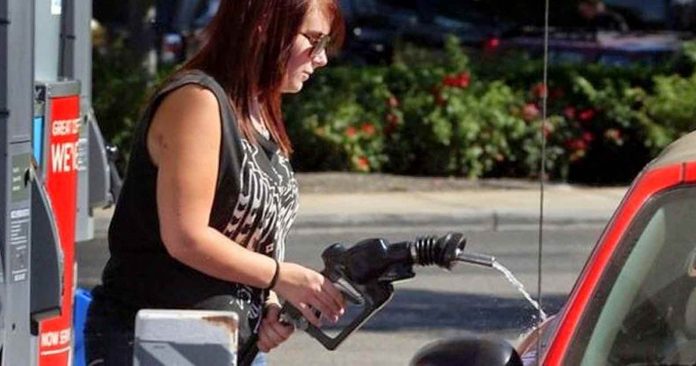 For the first time in the lives of many Oregon residents, it is legal for them to pump their own gas—and while it may not seem like much to the rest of the country, the reactions of Oregonians who have no clue how to accomplish the simple chore serve as a troubling reminder of the dependence that can be created by the laws set by the government.

If you have never been to Oregon, it may seem like a foreign concept. But if you are from a different state and you have visited, you may have been surprised when you got out of your car to pump your own gas, and an attendant informed you that you were doing something illegal.

Now, thanks to the passage of House Bill 2482, Oregon residents in counties with a population fewer than 40,000 people are allowed to pump their own gas. The new law went into effect on Jan. 1, and it impacts drivers in 15 counties—several of whom are now trying to figure out how to fill their cars with gasoline for the first time.

The new phenomenon has been documented on Twitter with the hashtag “OregonGasCrisis,” and the results do not disappoint. From a host of memes and GIFs, to comical photos of people pumping gas in all of the wrong ways, the Oregon Gas Crisis has quickly become the laughing stock of social media.

Actual footage of people in #Oregon learning to pump their own #gas… #SelfPump #OregonGasCrisis pic.twitter.com/VGSiew8qjk

Y'all they were serious…I thought it was a joke but I'm shocked! 😮😮😮🤨 #confused #OregonGasCrisis pic.twitter.com/CuHilLlXqT

However, not all of the comments on social media were made in jest. When the CBS affiliate in Medford, Oregon, posted a photo on Facebook last week, asking if residents supported allowing self-service gas stations statewide, the responses were alarming.

we shouldn’t HAVE to pump it,” Jan Norton wrote.

Sharlette Case claimed she supports making it illegal to pump your own gas because it creates jobs, and she also shared the fear of spilling gas, and having to deal with the smell for the rest of the day. “No, it’s a job creator,” she wrote. “There’s so many people out looking for work. This will help. Plus I don’t want to smell like gas when I go to work.”

“I don’t even know HOW to pump gas and I am 62, native Oregonian . . . I say NO THANKS! I don’t like to smell like gasoline!” Sandy Franklin replied.

Tina Good also shared the fear of spewing gas all over when attempting to fill up her car, and having to deal with the smell. She even argued that pumping your own gas should be illegal because “many people are not capable of knowing how to pump gas.”

“Not a good idea, there are lots of reasons to have an attendant helping, one of they need a job too,”Good wrote. “Many people are not capable of knowing how to pump gas and the hazards of not doing it correctly. Besides, I don’t want to go to work smelling of gas when I get it on my hands my hands of clothes. I agree, very bad idea.”

Cathy Dahl shared a fear of being too close in proximity to homeless people when she exited the safety of her car, in order to pump her gas. “Disabled, seniors people with young children in the car need help. Not to mention getting out of your car with transients around and not feeling safe too. This is a very bad idea. Grrr,” she wrote.

The comments from that Facebook post alone may make one think that gas stations in the state of Oregon are irregular, or have gas pumps that often malfunction, but it also shows the power of government.

The only reason Oregon residents have not been pumping their own gas is that their state’s government said it was “illegal” to do so. Therefore, the state has cultivated generations that have never learned how to do a simple task that was being accomplished by the rest of the country. Instead of feeling empowered by this new freedom, residents are resorting to fear.

While the new law only impacts counties in Oregon that have less than 40,000 residents, there is a good chance that the great Oregon Gas Crisis of 2018 will have an impact on the only other state that makes it illegal to pump your own gas—New Jersey.