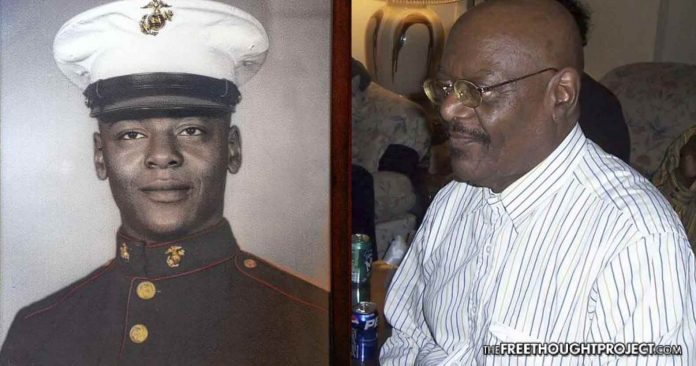 White Plains, NY – A police officer who shot and killed an innocent 68-year-old mentally ill veteran who accidentally hit the medical emergency button in his home, will face no consequences after acting U.S. Attorney Joon Kim determined that there was insufficient evidence to press charges.

The victim, Kenneth Chamberlain, accidentally triggered a medical alert through “Life Aid,” which prompted police to visit his home. When the officers arrived unexpectedly, Chamberlain told the responding officers that he was OK and did not need any help. He refused to answer his door, and instead called Life Aid and told them that he did not need the police at his home.

“I have the White Plains Police Department banging on my door, and I did not call them and I am not sick,” Chamberlain told the dispatcher on the phone.

However, the officers refused to leave and initiated a standoff with Chamberlain, allegedly taunting him with racial slurs, according to his family.

“On the recording, the police can be heard calling my father a ‘nigger,’” the family stated.

Police knocked down his door and saw him holding a knife, so they tased him, shot him with beanbag rounds and then killed him with a fatal gunshot. According to Pix11, the U.S. attorney in Manhattan opened an investigation after a state grand jury declined to indict the officers, but because the man was holding a knife in his own home U.S Attorney Kim decided that he was a threat to the officer’s lives, and thus deserved to die.

“The weight of the evidence indicates that, at the time the shooting took place, the WPPD officers believed that Mr. Chamberlain was threatening Sergeant (Keith) Martin with a knife and that Officer (Anthony) Carelli believed that Sergeant Martin was in danger of being seriously injured by Mr. Chamberlain,” a statement from the Department of Justice said.

However, Chamberlain’s family says that this case shows that police are above the law.

“It’s clear if you look at situations like this—and I’m not an attorney—but it’s very clear that the rule of law doesn’t apply when you talk about cases like this. Rather than have the FBI go out and interview witnesses, rather than hire forensic pathologists and ballistics experts that can challenge what the police story is, they just pick up the police story and say, ‘Oh, there’s nothing here.’ They don’t do their job.”Kenneth Chamberlain Jr. told reporters.

The family attempted to file a civil case against the police department, but that was ultimately rejected by a jury.

For Kenneth Chamberlain Jr., this has been a life-changing event, which has pushed him to get involved in activism. He said that he hopes to work towards legislation that makes it easier to prosecute police officers in situations like this.

As The Free Thought Project reported in April 2017, a study found that police do more harm than good in encounters with mentally ill people.

Researchers sought to answer the question of whether or not police help or hinder the situation when they respond to a call of a mentally disturbed individual. The survey was conducted by the Phoenix Mayor’s Commission on Disability Issues. The method employed was a survey.

The sample for the survey was taken from those seeking mental health care. There were 244 individuals who were polled and self-reported having mental-health issues seeking treatment in the Phoenix metropolitan area. They were located in health clinics, residential programs, and some were homeless. Of those polled, a reported 51 percent had at least one encounter with police and 24 percent had three or more encounters with law enforcement.