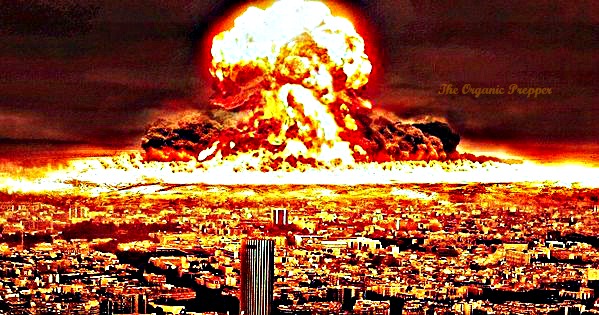 The CDC is warning Americans to prepare for nuclear war.

If you’ve been watching the news for years the way many of us have, you probably know that by the time the government starts warning you about something, it’s just about to happen.

For example, you may recall the Ebola scare back in 2014. First, the CDC released a warning on Sept. 15th, then just two weeks later, the first case in the US was confirmed in Texas. It wasn’t by any great master planning that it didn’t turn into a massive epidemic through a series of terrifying errors. It was sheer dumb luck.

The Center for Disease Control recently announced that they’d be giving a presentation on January 16th to help better prepare the public for nuclear war. The announcement reads:

While a nuclear detonation is unlikely, it would have devastating results and there would be limited time to take critical protection steps. Despite the fear surrounding such an event, planning and preparation can lessen deaths and illness.  For instance, most people don’t realize that sheltering in place for at least 24 hours is crucial to saving lives and reducing exposure to radiation. While federal, state, and local agencies will lead the immediate response efforts, public health will play a key role in responding.

Some of the presenters are Dan Sosin, CDC’s deputy director and chief medical officer in the Office of Public Health Preparedness and Response; Robert Whitcomb, the chief of the radiation studies branch at the CDC’s National Center for Environment Health; and Captain Michael Noska, the radiation safety officer and senior advisor for health physics at the FDA.

The event will be held at the Alexander D.Langmuir Auditorium Roybal Campus of the Georgia Institute of Technology. If you want to go, you have to get security clearance ahead of time.

Which means, basically, no non-US citizens are allowed since it’s happening 10 days from now and this was only quietly announced on December 27, 20 days before the event is to take place.

Do you know what to do in the event of a strike during a nuclear war?

I have some articles that can help you get prepared, but it is 100% obvious that you need to get on this. Here are some quick articles you need to read.

You need to stock up on

Are you prepared for nuclear war?

Please don’t delay your preparations for this. While we all sincerely hope this will never happen, it’s difficult to deny that we seem alarmingly close to nuclear war. And for those who don’t believe North Korea is actually a threat and that this would be a false flag scenario, the nuclear aftermath will be the same regardless of WHO pushes the button.

What are you waiting for?